Indian Institute of Technology Hyderabad researchers has discovered the working of a protein that repairs damaged DNA. In humans, this special class of proteins called 'DNA proteins' gets activated in response to damaged DNA. The findings of the study are published in the journal Nucleic Acid Research.

With more awareness about the impact of DNA damage on all diseases, there is a global effort to learn how these repair proteins work, both as an educational exercise and as the foundation for therapeutic interventions.


‘Any DNA damage can result in outcomes that can range from mild unperceivable changes, like the sudden appearance of a harmless mole, to fatal diseases, like cancer.’

Any DNA damage can result in outcomes that can range from mild unperceivable changes, like the sudden appearance of a harmless mole, to fatal diseases, like cancer. The retention of DNA integrity is, hence, vital for the proper function and survival of all organisms. The protection of DNA is daunting as the possibility of damage by external sources and the inherent instability of DNA itself.

"Our laboratory at IIT Hyderabad attempts to understand the workings of the DNA damage repair proteins. Certain types of chemicals produced spontaneously in the body can cause DNA damages and, if not fixed quickly, may trigger cell death," reports Dr. Anindya Roy.

"We have discovered that ALKBH3 has a direct protein-protein interaction with another protein called RAD51C, and this communication stimulates ALKBH3-mediated repair of methyl-adduct found within 3- tailed DNA", explains Dr. Anindya Roy on the technical aspects of their discovery.

The team is excited by the universality of the mechanism because it is just as suitable to the bacterium as it is to humans. "The knowledge obtained from our studies might, in the long term, be useful from a cancer therapeutic perspective," believes Dr. Anindya Roy.

Working at Night Will Affect Your Bodys Ability to Repair DNA Damage
Night shift workers are found to have low melatonin levels during the night, which affect their ability to repair DNA damage caused by free radicals.
READ MORE

New Insights into Premature Aging and DNA Damage
We cannot escape the reality of aging but there are some who are unfortunate to experience premature aging. Research now gives us new insight into aging and repairing DNA damage.
READ MORE 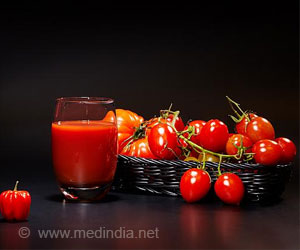 Thirdhand Smoke Causes DNA Damage
New study sheds light on yet another ill-effect of smoking. Thirdhand smoke, the residual smoke left over on surfaces such as walls, floors and furniture, can be extremely dangerous to health.
READ MORE