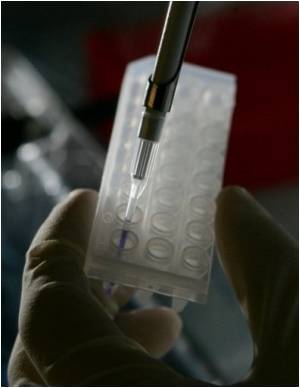 These are the findings from a Nationwide Children's Hospital study that examined rhabdomyosarcoma growth in mouse models of muscular dystrophy. The new models could help investigators search for factors that drive tumor growth and help test new therapies.

Rhabdomyosarcoma (RMS) is a fast-growing, highly-malignant tumor and is the most common soft tissue sarcoma in children and adolescents. Two major subtypes of pediatric RMS exist, embryonal RMS (eRMS) and alveolar RMS (aRMS). A number of mouse models have been made for both subtypes that speak to the molecular mechanisms of RMS formation and the involvement of various oncogenes in this process. Several models of eRMS implicate tumor protein 53 (p53) inactivation as a primary event in tumor development - p53 is a tumor suppressor protein whose activity or expression is reduced in many pediatric cancers.


Investigators at Nationwide Children's recently described eRMS formation in two different mouse models of muscular dystrophy. All of the eRMS tumors seen in the Duchenne muscular dystrophy mouse model (the mdx mouse) had cancer-associated mutations or deletions in p53. Based on this finding, investigators chose to directly engineer p53-deficiency into the mdx mouse.

Laryngeal cancer is also called cancer of the larynx or throat cancer or laryngeal carcinoma. It usually affects men over the age of 55 years.
Advertisement
In their study appearing in the January 2012 issue of the Journal of Pathology, Paul T. Martin, PhD, and colleagues at Nationwide Children's found that p53-deficient mdx mice have very high incidence and early onset of muscle-derived eRMS. Almost all of the mice had developed eRMS by 5 months of age. They also observed robust eRMS formation when they induced muscle regeneration in the mice.

"These data strongly suggest a role for muscle inflammation, satellite cell division or myoblast differentiation in the development of eRMS," said Paul T. Martin, PhD, principal investigator in the Center for Gene Therapy at The Research Institute at Nationwide Children's Hospital and lead study author. "These processes are of primary importance to the regeneration of skeletal muscle. It seems that the processes involved in muscle regeneration give rise to a permissive environment for eRMS."

As some of the mechanisms that give rise to muscle regeneration during disease are also present during the normal postnatal growth of muscle, understanding these connections may help identify pathways that give rise to eRMS in children, which often occur in the period when their muscles are rapidly growing.

"The models described in our paper should help facilitate the search for factors that cooperate with p53 to drive RMS formation in skeletal muscle, help identify cells of origin for eRMS development and be useful in testing new RMS therapies," said Dr. Martin, also a faculty member at The Ohio State University College of Medicine.

Find a Hospital Iron Intake Calculator Color Blindness Calculator Calculate Ideal Weight for Infants Drug - Food Interactions Drug Side Effects Calculator Accident and Trauma Care Blood - Sugar Chart How to Reduce School Bag Weight - Simple Tips Post-Nasal Drip
This site uses cookies to deliver our services. By using our site, you acknowledge that you have read and understand our Cookie Policy, Privacy Policy, and our Terms of Use