In a bid to save young kids from it's damaging effects, Iceland is considering banning web pornography and by doing so it would become the first western country to block filth available online.

Fears about the detrimental effects on children have led the government to work on legal measures to try and stop the flood of graphic sexual material reaching the island's shores, the Daily Mail reports.

Iceland Interior Minister Ogmundur Jonasson has set up working parties to find the best ways to stem the tide of online images and videos being accessed by young people through computers, games consoles and smartphones, the paper reported.


A study by the Iceland government suggested that children, who are exposed to violent pornography at an early age, showed similar signs of trauma to those who had been actually abused

Alarm over the harmful effects of internet sex were raised in Iceland in 2010 when the Government launched a wide-ranging consultation process on how rape cases are handles in the justice system, the paper added.

Jonasson, who is from the country's Left Green Movement, claimed the safety of children must be a priority.

Online Harassment Occurs Largely Among Friends
A new study has revealed that when that harassment occurs online, the victims tend to be in mainstream social groups at the school - and they are often friends or former friends, not strangers.
READ MORE

Pic of Woman Holding Own Heart Goes Viral Online
A picture where a woman, who had undergone a heart transplant surgery, is holding her own heart has gone viral on the internet.
READ MORE 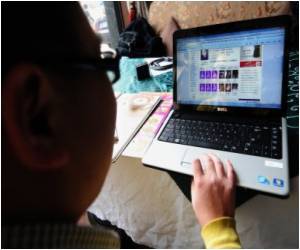 Online Dating Sites Surge in US
Call it a 21st century take on an age old biblical teaching -- Surf, and ye shall find if you are looking for love in America. Perhaps what you need is a little faith.
READ MORE