I Am Not Going Blind: Judi Dench 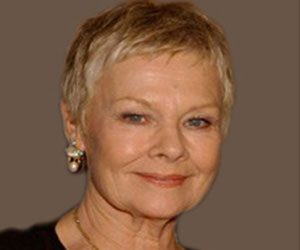 Judi Dench has rubbished rumours that she is going blind.

Dench, 77, responded after reports of her failing eyesight swarmed the Internet over the weekend.

"In response to the numerous articles in the media concerning my eye condition - macular degeneration - I do not wish for this to be overblown," the New York Daily News quoted the actress as saying in a statement.


"This condition is something that thousands and thousands of people all over the world are having to contend with.

"It's something that I have learned to cope with and adapt to -s and it will not lead to blindness," she said.
Advertisement
Dench had said in an interview that macular degeneration caused her central vision to become blurry, though her peripheral sight is unaffected.

Media reports quickly speculated that the 'James Bond' star may be 'going blind'.

In the interview, the Oscar winner spoke of not being able to properly read scripts or see the faces of people she was dining with, citing her failing eyesight.

Eye Redness
Redness of the eye occurs due to the dilation of the blood vessels of the eye. It can occur due to ....

Eyelid Problems
Eye lid problems are one of the commonest complaints with which a patient presents to an eye ......