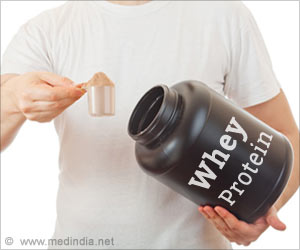 Hydrolyzed protein is beneficial for helping in growth, muscle mass and recovery from surgeries, stated Nandan Joshi, Head - Nutrition Science and Medical Affairs, Danone India. With over 95 per cent of adolescents and pregnant women in India unaware of their ideal protein requirement, Joshi has urged Indians for better intake of hydrolysed or pre-digested protein due to its easy absorption trait.

Nutritional deficiencies are one of the leading problems in South Asian countries and currently, 95 per cent of adolescents and 97 per cent of pregnant women in India are unaware of their ideal protein requirement.

Advertisement
‘95 percent of adolescents and 97 percent of pregnant women in India are unaware of their ideal protein requirement.’

Stating that there is very low awareness about hydrolysed protein, Nandan Joshi, Head - Nutrition Science and Medical Affairs, Danone India said that apart from helping in growth, hydrolysed protein is also beneficial for illnesses and recovery from surgeries.


According to Joshi, while a large chunk of India's population relies on pulses and cereals for protein, it still suffers from the problem of protein deficiency.
Advertisement
Emphasising that hydrolysed protein can tackle the problem of protein deficiency among people of all age groups, Joshi said: "Hydrolysed protein are mixture of peptides mainly tri- and di-peptides and a few free amino acids (pre-digested protein) that are easily absorbed by the intestine and do not need to go through the complex process of breaking down like intact protein."

According to the Indian Council of Medical Research, the issue of undernourishment among children is complex: it is not just the lack of food (macro nutrients) but the quality (micro nutrients) as well as the capacity to absorb and utilise nutrients.

Talking about its advantages, Joshi said that Hydrolysates have a significantly higher insulinotropic effect which enhances production, the activity of insulin, compared to intact protein.

However, both the theories have been denied by the medical experts and instead they have urged people to also add additional protein intake through supplements.