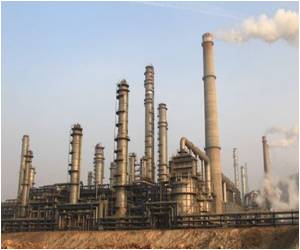 Seven technical reports that together form the most comprehensive Michigan-focused resource on hydraulic fracturing, the controversial natural gas and oil extraction process commonly known as fracking, were released by University of Michigan researchers.

The studies, totaling nearly 200 pages, examine seven critical topics related to the use of hydraulic fracturing in Michigan, with an emphasis on high-volume methods: technology, geology and hydrogeology, environment and ecology, public health, policy and law, economics, and public perceptions.

While considerable natural gas reserves are believed to exist in the state and high-volume hydraulic fracturing has the potential to help access them, possible impacts to the environment and to public health must be addressed, the U-M researchers concluded.


Though modern high-volume hydraulic fracturing is not widely used in Michigan today, a main premise of the U-M study is that the technique could become more widespread due to a desire for job creation, economic growth, energy independence and cleaner fuels.
Advertisement
"There's a lot of interest in high-volume hydraulic fracturing, but there really isn't much activity at the moment in Michigan," said John Callewaert, project director and director of integrated assessment at U-M's Graham Sustainability Institute, which is overseeing the project. "That's why now is a good time to do this assessment."

These reports conclude the first phase of a two-year U-M project known formally as the Hydraulic Fracturing in Michigan Integrated Assessment. The seven documentswhich should not be characterized or cited as final products of the integrated assessmentprovide a solid informational foundation for the project's next phase, an analysis of various hydraulic fracturing policy options. That analysis is expected to be completed in mid-2014 and will be shared with government officials, industry experts, other academics, advocacy groups and the general public.

"Nothing like this has been done before in Michigan," Callewaert said. "Having this comprehensive, state-specific set of reports will be an invaluable resource that will help guide future decision-making on this issueand hopefully will help Michigan avoid some of the pitfalls encountered in other states."

Conclusions of the reports, which were written by faculty-led, student-staffed teams from various disciplines, include:

In fracking, water, sand and chemicals (in a mix known as hydraulic fracturing fluid) are injected under high pressure deep underground to crack sedimentary rocks, such as shale, and free trapped natural gas or oil. Though the process has been used for more than half a century to improve well production, recent technical advances have helped unlock vast stores of previously inaccessible natural gas and oil, resulting in a boom in some parts of the United States.Chief among the technical advances are directional drilling and high-volume hydraulic fracturing, which are often used together. In directional drilling, the well operator bores vertically down to the rock formation, then follows the formation horizontally.High-volume frackingthe focus of recent attention and public concernis defined by the state of Michigan as a well that uses more than 100,000 gallons of hydraulic fracturing fluid. For reference, an Olympic-size swimming pool holds about 660,000 gallons of water.

Since the late 1940s, an estimated 12,000 gas and oil wells have been drilled in Michigan using hydraulic fracturing, without any reported contamination issues. Most of those wells have been relatively shallow vertical wells that each used about 50,000 gallons of water.

But recently, a small number of deep, directionally drilled, high-volume hydraulically fractured wells have been completed in the northern part of the Lower Peninsula. Those wells sometimes use several million gallons of water, and one Michigan well required more than 20 million gallons.

Since 2010, when the Petoskey Pioneer Well spurred interest in high-volume hydraulically fractured wells in Michigan, 19 such wells are known to have been completed in the state, according to Sara Gosman, a lecturer at the U-M Law School and author of the technical report on policy/law.

In the public perceptions report, authors Kim Wolske and Andrew Hoffman of the U-M Erb Institute for Global Sustainable Enterprise note that chemical additives in high-volume hydraulic fracturing fluids "remain a primary point of contention for many stakeholders in Michigan." Many nonprofits and concerned citizens stress the point that operators of high-volume wells are not required to report the composition of those fluids to the state until 60 days after the hydraulic fracturing event.

The often-repeated concern is that if a spill were to occur, responders would not be as well-prepared as they would have been if the fluid composition had been known beforehand, Wolske and Hoffman note.

Though groundwater contamination is often cited as a top concern, surface contamination from spills and improper disposal of waste fluids likely carries the greatest risk for harmful water-quality impacts, due to proximity to potable water resources, according to the geology/hydrogeology report written by Brian Ellis, assistant professor in the Department of Civil and Environmental Engineering.

When a well is fracked, the fluid is injected into rock formations to create cracks and to prop them open. Of the total volume of hydraulic fracturing fluids injected into a well, amounts varying from 10 percent to 70 percent may return to the surface as "flowback water" after the pressure is reduced and gas or oil begin to flow toward the wellhead.

In Michigan high-volume hydraulically fractured wells, the average amount of flowback water returning to the surface is about 37 percent of injected volumes, according to the Ellis report.

The flowback water is highly saline and can contain elevated levels of heavy metals and naturally occurring radioactive elements, in addition to methane and the original chemical additives in the fracturing fluids. In Michigan, common hydraulic fracturing fluid additives include ethylene glycol, hydrochloric acid, isopropyl alcohol, methanol and ammonium persulfate, according to the Ellis report.

"However, since in Michigan all flowback is disposed of by deep-well injection and it is not allowed to sit in open pits, the risk of this type of contamination will be lower than in other states without such disposal opportunities and regulations," Ellis wrote.

On the topic of potential water contamination, the environment/ecology report notes that Michigan's dense, interconnected aquatic ecosystems (streams, rivers, lakes, inland and coastal wetlands) and the groundwater aquifers to which they are linked are of particular concern. The connectivity between surface and groundwater bodies "can lead to impacts distant from, as well as close to, drilling sites," according to the report by G. Allen Burton, professor in the School of Natural Resources and Environment and director of the U-M Water Center, and Knute Nadelhoffer, professor of ecology and evolutionary biology and director of the U-M Biological Station.

The potential migration of methane, the main component of natural gas, into groundwater reservoirs has also received a lot of attention lately.

But the probability of significant methane leakage associated with deep-shale drilling involving hydraulic fracturing in Michigan "is quite low provided that best practices are adhered to," according to the U-M report on hydraulic fracturing technologies written by John Wilson, a consultant to the U-M Energy Institute, and Johannes Schwank, professor of chemical engineering.

For example, while operators of high-volume fracking wells are required to disclose the contents of their hydraulic fracturing fluids, operators of the 12,000 or so low-volume wells in the state are not. "There needs to be much greater understanding of what chemicals are being used in every well, with information related to volumes, amounts, disposal plans, etc., made available," Basu wrote.

The U-M hydraulic fracturing study is expected to cost at least $600,000 and is being funded by U-M through its Graham Sustainability Institute, Energy Institute and Risk Science Center. State regulators, oil and gas industry representatives, staffers from environmental nonprofits, and peer reviewers provided input to the technical reports, and more than 100 public comments were considered.

In addition to the study authors mentioned above, the technical report authors include Roland Zullo, assistant research scientist, U-M Institute for Research on Labor, Employment and the Economy (economics report).

Global Warming Will Not be Slowed Down by Switching to Natural Gas
A new study says that shifting from coal to natural gas would fail to significantly slow down ......