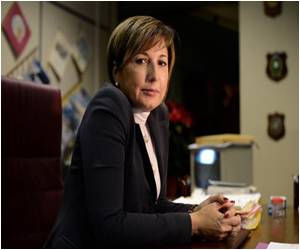 According to the Telegraph, however their opinion might chance once they have satisfied their hunger.

Obese, Older, Caucasian Women on Dialysis at a Higher Risk of Calciphylaxis

Dr Viren Swami, of Westminster University said that hunger can change a person's perception of who is attractive, so a man prefers slightly larger breast size in women and as for women they also prefer a slightly heavier man.


The results suggest that when resources are scarce people are attracted to larger members of the opposite sex, as bigger bodies indicate success in accessing food.

A new study has found that 50% of hypertensive pregnant women who snore may actually be suffering from obstructive sleep apnea
Advertisement
However, Professor Gareth Leng, of the University of Edinburgh said that the science behind it is that hunger and libido are controlled by the same part of the brain.

The research also established that deemed sexist are more attracted to thinner women but most significant factor in appealing to the opposite sex is kindness.

Researchers have found that the levels of a brain protein that is linked with depression are higher among women who are nearing menopause.
Advertisement
<< Link Between Sleep Apnea and Diabetes Confirmed
Antimalarial Drug Atovaquone Prevents Malaria: Study >>