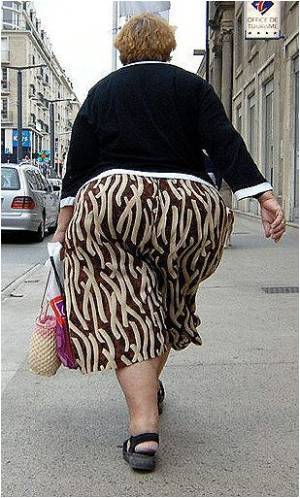 Contrary to the belief that obesity is a problem of hips, thighs and bellies, US scientists have found it to be the role of female hormone estrogen in the human brain.

Researchers from the Baylor College of Medicine and the University of Texas Southwestern Medical School say that the hormone works through two kinds of neurons, steroidogenic factor-1 (SF-1) and pro-opiomelanocortin (POMC), in the hypothalamus part of the brain.

They found that the neurons play different but important roles in metabolism, fat distribution and appetite control, according to the February issue of the Baylor College of Medicine news.


"Before menopause, women are protected from obesity and associated disorders by estrogen," Xinhua reported quoting author of the study Yong Xu.

Calculate the ideal body weight for adults easily with Medindia's Ideal Body Weight Calculator.
Advertisement
After menopause, the risk of obesity in women rises, while the risks of estrogen replacement therapy outweigh its effect on reducing obesity, Xu said.

Researchers studied four different kinds of mice to determine the effect of estrogen and focused their work on neurons in the hypothalamus that carry an estrogen receptor alpha.

The hypothalamus links the nervous system to the endocrine system to regulate multiple physiological processes, including those controlling bodyweight.

Being physically very active is the mantra to prevent pediatric obesity rather than concentrating efforts at restricting energy consumption.
Advertisement
<< Abandoned Baby Falak Stable, But Critical: Doctors
Stem Cells may Act as Catalyst for Hepatitis Research >>

Loram (2 mg) (Lorazepam) Nutam (400mg) (Piracetam) Noscaphene (Noscapine) Daily Calorie Requirements The Essence of Yoga Drug Interaction Checker Iron Intake Calculator Accident and Trauma Care Hearing Loss Calculator Drug Side Effects Calculator
This site uses cookies to deliver our services.By using our site, you acknowledge that you have read and understand our Cookie Policy, Privacy Policy, and our Terms of Use  Ok, Got it. Close
×