Huge Yellow Diamond to be Auctioned in may 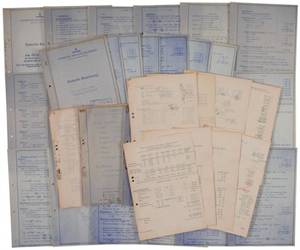 Sotheby's auction house will now hold the world's largest yellow diamond's auction next month, which is expected to bag $25 million.

The Graff Vivid Yellow, the colour of a daffodil and weighing 100.09 carats, figures among a wide range of pieces for sale at Sotheby's spring Magnificent Jewels and Nobel Jewels auction in the Swiss city on May 13.

The cancellation of an auction of Adolf Hitler and Hermann Goering's personal effects due in Paris next month was called by France's main Jewish body on Sunday.
Advertisement

The rock, one of the world's largest cut diamonds of any colour, is mounted as a ring and sparkles with "extraordinary fire and brilliance," the auction house said Wednesday.


The asking price for the privately-owned gem is $15-25 million (11-18 million euros), but if recent auctions are any guide it could fetch more.

When the world's largest orange diamond went under the hammer last November at Christie's in Geneva, it raked in $35.5 million compared to its $17-20 million price tag.

The Blue, the world's largest flawless fancy vivid blue diamond is set to go under hammer next month and the experts have predicted it to fetch up to 15 million pounds to 21 million dollars.
Advertisement
And a Sotheby's auction the next day saw the world's largest pink diamond, known as the Pink Star, fetch $83 million -- $23 million above the asking price.

The auction house was, however, forced last month to take back the Pink Star after the buyer defaulted on the payment.

Sotheby's still holds the world record price for a diamond sale, even after the default. In November 2010 it sold another pink diamond -- the 24.78-carat "Graff Pink" -- for $46 million in another auction in Geneva.

Among other jewels going on sale at next month's auction is a 31.34-carat D coloured white gemstone called the Victory Diamond.

Named in honour of the Allied victory in World War II and once the property of famous jewellery collector Florence Gould, it is expected to fetch up to $8.0 million.

Slice of Royal Wedding Cake Set to be Auctioned Next Week

Sources say a slice of the Duke and Duchess of Cambridge's wedding cake is set to be auctioned next week.
Advertisement
Advertisement