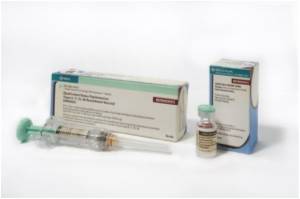 A new American study has found that only one in three young girls receives the human papillomavirus (HPV) vaccine. The vaccine is meant to prevent incidence of cervical cancer.

The study, conducted by researchers at Washington University School of Medicine in St. Louis, has appeared in the May issue of the American Journal of Preventive Medicine.

The HPV vaccine prevents four strains of the sexually transmitted human papillomavirus, two of which are found in about 70 percent of all women with cervical cancer.


Both the American Cancer Society and the Advisory Committee on Immunization Practices recommend that women and girls receive the vaccine, but the new data shows that only 34 percent of girls aged 13 to 17 were vaccinated in the six states surveyed.

Cancer is one of the frequently talked about and most feared disease that falls under the genre of lifestyle diseases that have evolved, rather rapidly, in the past two decades.
Advertisement
First author Sandi L. Pruitt said: "The good news is that the vaccination rate is increasing.

"The bad news is this is just the first dose of a three-dose vaccine."

She and senior investigator Mario Schootman analysed data from 1,709 girls in 274 counties of the six states in this study.

Pruitt said: "This was the first year the survey asked about HPV vaccination.

"That portion of the survey was optional, and only six states opted to use it. Ideally, we'd like to know what's happening in more states, but these six states represent a good cross-section of urban and rural, rich and poor, and they do include girls from racial and ethnic groups that closely mirror the rest of the country."

Pruitt continued: "For the neediest children, the United States has a publicly funded vaccination system, but each state sets its own guidelines for who is eligible to receive free vaccines.

"Individual states set different guidelines for providing vaccines to those with no insurance versus those who may be underinsured. So girls from poorer counties may be more likely to qualify for a free vaccine, whereas those states with more poverty may not have adequate funding to provide it or may be less likely to fill in gaps for those who may not have enough private insurance coverage to pay for it."

She added: "We didn't find a racial disparity in terms of vaccination.

"That's very important because the highest burden of cervical cancer is among women of colour, especially Hispanic women and those who live along the U.S.-Mexico border. There's a huge epidemic of cervical cancer among those women, so the fact that we didn't find racial and ethnic disparities is a good thing."

A new study has suggested that human papillomavirus, also known as HPV, may not spread like other sexually transmitted diseases.
Advertisement
Advertisement