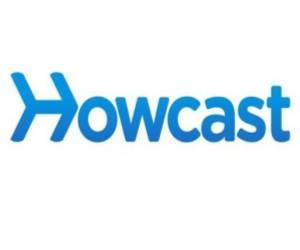 How do you build a New Media company in the digital era? Former Googler Jason Liebman thinks his startup, Howcast Media, which hosts one of the largest collections of instructional or "How To" videos on the Web, is the way to go.

Launched in February 2008, Howcast.com offers 200,000 videos ranging from the prosaic "How to Paint a Wall" to the piquant "How to Kiss With Passion," its most popular video ever with 20.8 million views on YouTube.

For the busy golfing ladies, lingerie makers Triumph have unveiled the 'Nice Cup in Bra', which can be removed, rolled out and used as a putting mat.
Advertisement

Among Liebman's personal favorites: "How to Survive a Bear Attack" featuring claymation figures ("keep a cool head and slowly and quietly begin walking in the opposite direction") and "How to Build a Shot Glass Out of Ice."


Liebman, a tall, lanky New Yorker who is Howcast Media's chief executive, founded the company after leaving Google, where he spent four years working on the Google Video, YouTube and AdSense projects.

Reports say portable gyms, two-man submarines, aphrodisiac bedsheets, bra fixers and Wondercubes are among the wacky but smart innovations catching the eye at the British Invention Show.
Advertisement
"I had the opportunity at Google to work with a lot of the large media companies -- the News Corps., the Time Warners, the Viacoms of the world," Liebman said in an interview with AFP.

"From a video standpoint they were focusing on news content, on sports content, on entertainment content which is all very expensive to produce and not particularly evergreen," he said.

"With all the disruption happening in the media world the question for us was 'If you were to start a media company today what would it look like?'" said Liebman, whose venture includes former Yahoo! and News Corp. employees.

"We look at ourselves as very much a next-generation media company," said Liebman of Howcast Media, which has offices in New York and San Francisco.

"What that means to us is that we produce original, high-quality content, we aggregate content and we aggressively distribute that content to different platforms," he said.

Howcast is producing over 300 videos a month but Liebman's goal is 10,000 a month. Most videos are produced in-house through an "Emerging Filmmakers Program" which pays budding videographers 50 dollars to 300 dollars per video.

Liebman said Howcast "uses technology to drive everything that we do" and the choice of what videos to make is itself data-driven.

"We've been developing lots of tools to help us be really smart about those decisions based on what people are searching for, what people are viewing, what advertisers (want)," he said.

Liebman said Howcast makes money through targeted advertisements and is "on track to be profitable this year."

"Literally every one of our videos has a natural advertiser," he said. "If we have a video like "How to Get Over Jet Lag" that might be something that Jet Blue might want to advertise against."

As for distribution, Howcast streams over 25 million videos a month and has relationships with large Web portals such as Yahoo!, AOL, Hulu and Microsoft's MSN. Blogs and other sites are encouraged to embed Howcast videos.

"We're trying to put a lot of innovation into mobile," Liebman said. "We've done a couple of million mobile downloads across everything from the iPhone to the Android to the Blackberry to the iPad."

"It's sort of intuitive. You have a mobile device and you're driving around and you car breaks down. You're able to pull up information," he said.

Liebman said Howcast is also offered on airlines such as Virgin and he is looking towards the upcoming wave of Web-connected televisions and products such as Google TV.

Liebman said a "growing and profitable" part of Howcast's business is working with companies such as Home Depot and General Electric to help them produce and distribute content.

"Historically, if you needed videos to show people how to use your products, for a brand-building campaign or customer support pages or employee training you would go to the ad agencies," he said.

Advertising agencies, however, "are more expensive per second than movies," he said, while Howcast offers a cheaper alternative.

Liebman's Howcast faces competition from rivals such as Demand Media's eHow.com and he is well aware that a number of online video companies have crashed and burned in recent years.

"A lot of them haven't been successful because they haven't been able to find the niche and the model that makes sense," he said. "We're excited about cracking the code in this world."

If Samir Xalxo wants to convey a story, he makes a phone call and within couple of hours the people in India's Maoist Heartland will be able to get the news.
Advertisement
Advertisement
This site uses cookies to deliver our services.By using our site, you acknowledge that you have read and understand our Cookie Policy, Privacy Policy, and our Terms of Use  Ok, Got it. Close
×