How Young People Interpret the Representation of Gender-based Violence? 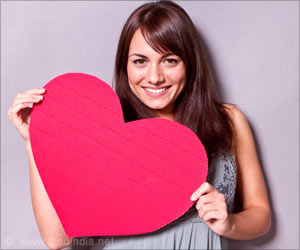 Stereotypes of romantic love were found to justify gender-based violence, revealed a study. The media have become key agents of socialization in the construction of teenagers' and young people's identities. In particular, media representations of sexuality and love become informal educational agents of the first order on these issues.

A very good example of this was the series for Spanish teenagers Física o Química (2008-2011), produced by Ida y Vuelta and broadcast on Antena 3, of which some episodes reached more than three million viewers. The series focuses on the stories of a group of high school students and their teachers. The success of the series extended to other countries like France, Portugal, Italy, the United States and countries in Latin America, where it received applause and support from the teenage audiences.


Física o Química also gave rise to social controversy, for and against, due to its the representation of sexuality, gender-based violence and teenage pregnancy, among others. "These polarized perspectives of Física o Química are neither new nor unique to this series", states María José Masanet, a researcher with the Department of Communication at UPF and co-author of a paper that performs a qualitative analysis of the contents of the series. This research was published jointly with Frederik Dhaenens, a researcher at the University of Ghent (Belgium) in Journal of Youth Studies.


‘Studying the discourse of the young people about gender-based violence in Física o Química has provided us with an insight into their way of thinking about this issue and about romantic myths, as well as the role that the series plays in shaping adolescents' outlook on violence.’


Analysing how young people interpret the representation of gender-based violence

The main goal of this study was to analyse how young people interpret the representation of gender-based violence in the series Física o Química, focusing on how the audience discusses the representation of male aggression towards women represented through the teenage characters Ruth and Gorka. In addition, the authors analysed how audiences are reflected in gender stereotypes and romantic inequalities and/or teenage sexual relations. In this fictional television series, the characters Ruth and Gorka have a stormy romantic relationship characterized by psychological abuse by the boy towards the girl. Although they split up on several occasions, they always end up getting back together and the abuse intensifies throughout the series until serious health problems arise and the relationship breaks up definitively.

The authors analysed the feedback in the fans' forum of the series Física o Química and, more specifically, the comments dealing with issues or scenes related to gender-based violence among the adolescent characters. The aim was to explore the meanings the audience gives to the violence depicted in the series and how they reflect on gender stereotypes and romantic myths. For example, the work found that "participants in the forum did not identify Gorka's verbal and psychological abuse towards Ruth until the violence became unbearable".

These data agree with previous studies that have shown that Spanish young people and teenagers do not consider issues such as controlling time, money or friends, blackmail or threats and insults as being aggression. They perceive verbal abuse as just another aspect of the relationship and can go as far as justifying it 'in the name of love". Abuse is mainly associated with physical aggression.

As a result of the analysis, this study reveals that teenagers have internalized a set of stereotypes and myths of romantic love that can be very dangerous because they justify male violence towards women. The value of this work is twofold. First, it provides us with information on how gender-based violence and romantic relationships among adolescents are perceived and discussed in Spain, since the research exposes how they understand gender-based violence and the motives or actions that lead to justifying it or criticizing it. Secondly, "our work also has an educational value. We demonstrate that a teen series has the potential to explore and work to prevent gender-based violence. The series provides material for a debate on controversial and provocative representations without trying to lecture its audience on morals and providing a discussion on its fans' forum", conclude Masanet and Dhaenens.

It's Official: Romantic Love Does Last
A new research has supported the idea that long-term love is possible.
READ MORE

Love or Lust? Eye Movements Can Tell the Difference
An interesting study by University of Chicago researchers has found that love and sexual desire in people can easily be identified by assessing their eye movements.
READ MORE

Food Gifts for Your Valentine
Valentine's day gift: Gift your partner something different, something that will be cherished for life, i.e. gift your Valentine a precious gift - 'The gift of health.' Find out more-read on....
READ MORE

Best Gift for Your Valentine: Good Health
February 14th marks Valentine's Day, a special day dedicated to your loved one. Here are some tips for a healthy and happy Valentine's Day.
READ MORE