How to Eat Healthy When Dining Out 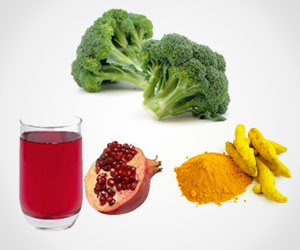 If you want to eat healthier when dining out, research recommends surrounding yourself with friends who make healthy food choices. A University of Illinois study showed that when groups of people eat together at a restaurant at which they must state their food choice aloud, they tend to select items from the same menu categories.

Ellison analyzed the lunch receipts from a full-service restaurant in Stillwater, Oklahoma, for a period of three months. One section of the restaurant was the control group, with guests receiving menus with the item and price only. Another section received menus with calorie counts for each entrée. And a third section had both the calorie count and a traffic light symbol that indicated caloric ranges: green traffic light items contained 400 calories or less, yellow light items had between 401 and 800 calories, and red light items contained more than 800 calories.


Although the data in the research were based on information from the paper receipts, because the research hinged on each of the three versions of the menus being used at specific tables in the restaurant, Ellison also went undercover at the restaurant to observe.
Advertisement
"I would help bus tables sometimes so that I could watch and make sure that the tables were getting the right menus," Ellison said. "Or I would send people in as 'secret eaters.' They could eat whatever they wanted. I just wanted to make sure that they got the right menu for that section."

Because she stopped by the restaurant every day to pick up receipts, Ellison said she was able to get additional information directly from the servers. "They said that people talked about the traffic lights a lot. And we did find that larger tables which received the traffic light menus did order fewer calories, on average, which suggests there was some peer pressure to order lower-calorie items," she said.

"The big takeaway from this research is that people were happier if they were making similar choices to those sitting around them," Ellison said. "If my peers are ordering higher-calorie items or spending more money, then I am also happier, or at least less unhappy, if I order higher-calorie foods and spend more money."

"The most interesting thing we found was that no matter how someone felt about the category originally, even if it was initially a source of unhappiness, such as the items in the salad category, this unhappiness was offset when others had ordered within the same category," Ellison said. "Given this finding, we thought it would almost be better to nudge people toward healthier friends than healthier foods."

One piece of information that wasn't included in the data is who ordered first at each table. Ellison said she wants to have this piece of information the next time she runs a similar experiment. "Previous studies have shown that if you don't have to order audibly, everyone just gets what they want without any peer pressure involved," she said. "Research suggests that you should always order first because the first person is the only one who truly gets what they want."

Source: Eurekalert
Advertisement
<< Long-term Memory Comes to the Aid of Chimps as They Search ...
Redefine Poverty Indicator to Begin at the Time of Concepti... >>

More News on:
Top 10 Steps to a Perfect Self-Diagnosis Healthy Gifting Ideas for Diwali The Healthy Way of Eating with Sattvic Diet

The Healthy Way of Eating with Sattvic Diet
Sattvic diet is an ancient practice that is followed in Ayurveda. It is the purest form of food avai...