How the Blind Have Extraordinary Hearing

An expert at Oregon Health and Science University has identified an area of the brain that is utilised for enabling people blinded early in life to develop better hearing than individuals with their visions intact.

Alexander Stevens says that blind people co-opt the medial occipitalpart of the visual system that plays a crucial role in registering visual signals by setting the threshold at which they are noticed by the brainto help detect sounds.

In a study, the researcher played a series of sounds to blind subjects, each of which was preceded by a cue. He scanned their brains as they heard the sounds.


As the subjects heard each cue warning them to pay attention, their medial occipital became more active.

Stevens says that the finding indicates that the subjects' brains were using the same region that alerts them to visual signals to prime them to listen out for sounds, reports New Scientist magazine. 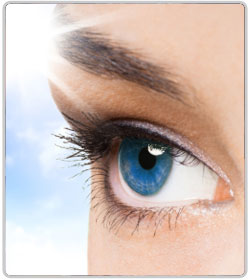 Eyes
Do you have sparkling eyes? Read here about eyes and eye care tips
READ MORE