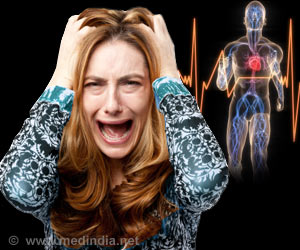 While it is known that chronic stress may lead to heart attack and stroke, the exact reason why this happens was not known. Now researchers at Harvard Medical School in Boston revealed that they have unraveled the reason; high levels of stress leads to overproduction of disease-fighting white blood cells which is harmful for the health.

The researchers observed a group of 29 medical residents who were working in intensive care unit, a work environment which triggers chronic stress among the staff. The participants were given stress perception questionnaires and their blood samples, taken both during and after their shifts, were analyzed.

The researchers found that stress led to overproduction of white blood cells by the bone marrow stem cells. On shifting the study to a group of mice that had a higher risk of atherosclerosis, the researchers found that the surplus white blood cells tended to stick to the inner walls of arteries, leading to restricted blood flow and formation of clots which increases the risk of stroke or heart attack.