How Modern Women Are Being More Unkind to Themselves 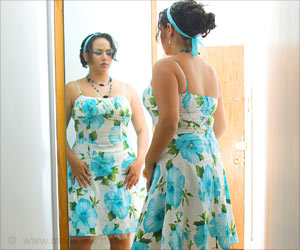 All women have the habit of looking at mirrors frequently. Many admire themselves, and some criticize themselves for few common issues.

A recent survey conducted by Weight Watchers in more than 2,000 women has revealed that an average woman criticized herself, at least, eight times a day.

The survey found that 1 in 7 women criticized themselves for issues related to beauty, personality and career success. Also, 46% of women had negative thoughts about themselves.


The primary parameters for criticism included physical beauty, losing weight, earning money and not receiving good compliments. 89% of women praised their friends in ways they would never compliment themselves and 88% said they would never criticize them in the same way.

Self-criticism leads to lower-confidence in parenting abilities in previously maltreated mothers and this was true in non-depressed as well as depressed moms.
Advertisement
Zoe Griffiths, Head of Public Health and Program at Weight Watchers, said, "Today's hectic and visually-driven world has meant that we're seeing a rise in women being self-critical, from the way they look to the way they feel at work. Our research has shown that being unkind to ourselves has been an underlying theme for women for many years, but a set of very modern cultural conditions have increased the intensity of this unkindness which are hard to avoid."

At long last men have understood that what women really want is chivalry, and it is that which makes men more appealing and attractive to women.
Advertisement
<< School Boy Becomes the Youngest to Undergo Mastectomy in the...
Doctors Perform a Unique Angioplasty to Save an Orthopedic S... >>

Loram (2 mg) (Lorazepam) Pregnancy Confirmation Calculator Drug Side Effects Calculator Hearing Loss Calculator The Essence of Yoga Find a Hospital Post-Nasal Drip Nutam (400mg) (Piracetam) Selfie Addiction Calculator Iron Intake Calculator
This site uses cookies to deliver our services. By using our site, you acknowledge that you have read and understand our Cookie Policy, Privacy Policy, and our Terms of Use