How Kigali Went from from Sleepy Backwater to Africa's Singapore 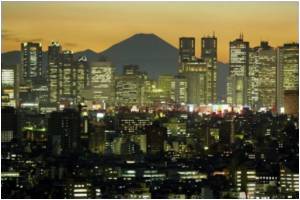 From a sleepy backwater where most things closed at 9:00 pm to a future Singapore with gleaming office blocks and all-night shopping, Kigali has come a long way.

Ten years ago, ordering a coffee got you an imported tin of the worst kind of Nescafe accompanied by a pot of powdered milk. Now you can choose from expresso, macchiato or mocha from home-grown beans and the milk comes frothing out of a steamer.

Rwanda's ambitious "Vision 2020" plan seeks to transform the central African state into a middle-income country and acknowledges: "this will not be achieved unless we transform from a subsistence agriculture economy to a knowledge-based society".


The country has already successfully promoted top-end eco-tourism around the endangered mountain gorillas that live on the mist-clad slopes of the Virunga volcanoes. It has also positioned its coffee output at the speciality end of the market.

Adolescent depression is an ailment that occurs during the teenage characterized by persistent melancholy, disappointment and loss of self-esteem.
Advertisement
"Kigali is one of the fastest-growing cities in Africa and we are committed to ensuring future growth is based on very good planning," city Mayor Aisa Kirabo Kacyira told AFP.

The Colorado-based OZ Architecture firm has developed a 50-year master plan for Kigali, incorporating a new international airport, and with entire districts of town given over respectively to shopping, offices, technology and medical facilities.

"They are trying to make Rwanda the most sustainable, high-tech, wired country in Africa, a little bit like what Singapore became," to Southeast Asia, OZ senior architect Carl Worthington told Metropolis magazine. "They are trying to re-invent the whole country."

"Before 1994 Kigali wasn't a planned city," explained Vivian Kayitesi, who manages the division of the Rwanda Development Board (RDB) charged notably with investment promotion.

Kirabo Kacyira wants the future city to be "as beautiful and as sustainable" as the current one, even if its population of one million is poised to double.

Giant yellow cranes are busy on the construction of a convention centre that will include 300 top-end hotel rooms and conference facilities for more than 2,000 delegates, with conference tourism something that the RDB is pushing.

An additional 200 top-end rooms are under construction at a hotel in town, also Chinese-built.

To reduce sprawl, the authorities are encouraging investors to go in for 10-plus storey buildings.

Patrick Sebatigita, the managing director of Ujenge, an engineering company, started up two years ago in a room in his house "with a PC and a pickup" and has expanded quickly.

"We've made a lot of progress," he said, referring to Rwanda's economy. "If we keep this trend we might not reach Singapore in the next 10 years but in the sub-region definitely we'll improve," he told AFP while overseeing work on a residential construction site.

"Rwanda is still at a disadvantage in terms of human capacity and education," and small companies still find it hard to access credit, he said.

The country has registered 7.1 percent average GDP growth since 2004 and was chosen "fastest global reformer of business regulations" by the World Bank Doing Business Survey.

Administrative changes and four major commercial laws in 2009 have made it easier to start a business, employ workers, register property and access credit, the RDB says.

Modern housing is in short supply, so the time to obtain a construction permit has been sharply reduced.

Skyline aside, Kigali is trying to develop on the high-tech front.

For Leon Orsmond, who runs Osmosis, a viral marketing company with offices in Dubai, Lagos and ...Kigali, Rwanda's recent history, rather than being a handicap, has proved almost a catalyst.

Sixteen years ago Kigali was yet to emerge from the trauma of the genocide of the Tutsi, in which an estimated 800,000 people were killed in three months.

Among the rare physical reminders today are the memorial museum, and the bullet-pocked walls of the parliament building, kept that way on purpose.

Kigali is already famous for having banned plastic bags and the environment remains a major redevelopment consideration. The current industrial zone Gikondo will be returned to wetlands and a new industrial park on the outskirts is scheduled for completion by year end.

Officials say those on modest wages will not be forgotten.

Kirabo Kacyira said she also wants a city "that has a soul, a sense of life" with sporting and recreational activities for residents to enjoy after work.

Gerard Kayumba was expropriated to make way for the Kigali convention centre.

"We got good prices. Out of 350 families only three people said they didn't get enough," he said.

With that money and his savings he is building four apartments next to a piece of land destined to house foreign embassies. He hopes his flats will bring in several thousand dollars worth of rent each month.

Martin Nzabirinda, 33, says he was not so lucky. He was expropriated from downtown Kigali and compensated, but reckons he only got about half what the house was worth. He has been resettled in affordable housing in Batsinda, 15 kilometres (nine miles) down a dirt track from town.

"Obviously one individual cannot stand in the way of development," the 33-year-old father of four told AFP, resigned.

"But for me the problem is I used to buy clothes at the market and then sell them on the street. If I go into town from here I'm so dusty when I get there that the police send me back outside the city limits."

Heart attack is the death of the heart muscle due to loss of blood supply. Simple guidelines to avoid heart attack are listed.
Advertisement
Advertisement
This site uses cookies to deliver our services.By using our site, you acknowledge that you have read and understand our Cookie Policy, Privacy Policy, and our Terms of Use  Ok, Got it. Close
×