How Good are Dietary Supplements? 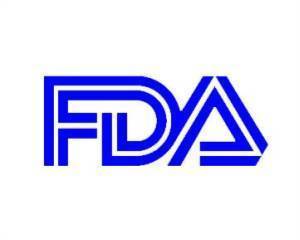 A recent study has found out the efficacy of dietary supplements, and if they are as good as they claim to be.

Well, according to a study published in an upcoming issue of Psychological Science, a journal of the Association for Psychological Science, there seems to be an interesting asymmetrical relationship between the frequency of dietary supplement use and the health status of individuals. Wen-Bin Chiou of National Sun Yat-Sen University decided to test if frequent use of dietary supplements had ironic consequences for subsequent health-related behaviors after observing a colleague chose an unhealthy meal over an organic meal simply because the colleague had taken a multivitamin earlier in the day.

During radiation therapy treatments prostate-specific dietary supplements should not be taken as they increase the radio-sensitivity of normal prostate cell lines, leading to normal tissue
Advertisement

"After reviewing the literature of the prevalence of dietary supplement use, it seemed to show that use of dietary supplements is increasing, but it does not appear to be correlated with improved public health," says Chiou who conducted the study along with Chao-Chin Yang of National Kaohsiung University of Hospitality and Tourism and Chin-Sheng Wan of Southern Taiwan University.


Two different experiments were conducted using a diverse set of behavioral measures to determine whether the use of dietary supplements would license subsequent health-related behaviors. Participants in Group A were instructed to take a multivitamin and participants in the control group were assigned to take a placebo. However, all the participants actually took placebo pills. The results from the experiments and survey demonstrated that participants who believed they had taken dietary supplements felt invulnerable to health hazards, thus leading them to engage in health-risk behaviors. Specifically, participants in the perceived supplement use group expressed less desire to engage in exercise and more desire to engage in hedonic activities, preferred a buffet over an organic meal (Experiment 1), and walked less to benefit their health (Experiment 2) than the control group.

Chronic Medical Condition Tied With Use of Dietary Supplements

Thus, researchers have concluded in a study that having a chronic medical condition such as cancer is the primary factor in a person's decision to use dietary supplements.
Advertisement
What does this all mean? Per the results of the study, Chiou says, "People who rely on dietary supplement use for health protection may pay a hidden price, the curse of licensed self-indulgence. After taking dietary supplements in the morning, individuals should diligently monitor whether illusory invulnerability is activated by restored health credentials and subsequently licenses health-risk behaviors." To put it simply, people who take dietary supplements may have the misconception that they are invulnerable to health problems and may make poor decisions when it comes to their health - such as choosing fast food over a healthy and organic meal.

Dieters who use the weight loss and energy-boosting Hydroxycut supplements should immediately stop, the US drug regulator warned Friday after reports of liver injuries and one death.
Advertisement
<< Cholera Raises Its Ugly Head in Haiti
People on Vitamin Supplements Make Poor Food Choices >>

Warring Against Malaria With Dietary Supplements