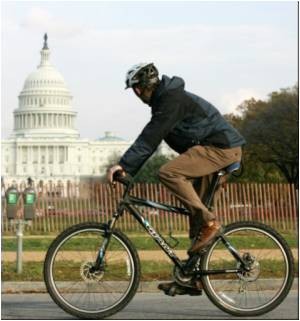 HGVs pose the greatest risk of death and grave injury to cyclists, proven by means of study by researchers at Queen Mary, University of London and Barts and The London NHS Trust.

A number of high profile campaigns have highlighted the vulnerability of cyclists on our city roads but very little evidence exists to back up these campaigns and to show how deaths and injuries can be prevented.

The new study is the first of its kind to show the types and severity of injuries caused by collisions with different vehicles. Around one in five involved an HGV and these casualties had more severe injuries, a longer stay in hospital and a higher death rate.


The study, published in the Emergency Medicine Journal, was carried out over six years and involved all patients with serious cycling injuries brought in to the Royal London Hospital by ambulance or helicopter - a total of 265. It examined the patient's vital signs, the types of injuries, and the outcome, according to the vehicle involved.

Accident and trauma care is an important public health challenge that requires immediate attention. Injury (trauma) is the leading cause of death for all age groups under the age of 44.
Advertisement
The results showed an increase in the number of seriously injured cyclists over time. Overall, cyclist casualties made up four per cent of patients requiring the hospital's full trauma team, three per cent of London's Air Ambulance deployments and five per cent of deaths.

Even among cyclists who survived, those involved in collisions with an HGV typically need to remain in hospital for 12 days, compared with one day for cars. One in five of the HGV group needed to be transferred to another hospital suggesting the need for continuing care. The long-term impact on trauma patients' lives is unknown but other research at Queen Mary will address this area.

The study's author is Dr Joannna Manson, Trauma Research Fellow at Queen Mary, University of London and surgery registrar at Barts and The London NHS Trust.

She said: "This research paints a grisly picture of the injuries sustained by cyclists who are unlucky enough to be involved in a collision. But it's a first step in providing evidence about the devastating impact of those most serious cycling injuries."

The study also showed that uncontrolled bleeding is a major cause of death among cyclists involved in collisions. The authors say that getting patients to a major trauma centre rapidly where surgeons can control bleeding could prevent some deaths, but that measures to prevent collisions remain a key priority.

Globally, uncontrolled blood loss is responsible for around half of deaths that occur shortly after a serious injury. Also around one in four severely injured patients develops a malfunction in their blood clotting mechanism. Understanding why this happens and how to treat it is a major focus for trauma research at Queen Mary.

Dr Manson explains: "Patients are more likely to survive severe injury if they are treated in a major trauma centre, such as The Royal London Hospital, but the injuries caused by colliding with a car or an HGV can be very serious and some patients cannot be saved.

"Overall, increasing cycling in our cities is beneficial both to the individual and to the city but the risk of injury remains a major deterrent. Exactly how to improve the safety for people cycling in urban environments is unclear and we need more evidence to guide policy making in this area."

A Study was conducted that hoped to define the clinical profile, epidemiology, and frequency of trauma-related sudden deaths in young athletes of the USA.
Advertisement

This day, March 20, we celebrate head injury awareness day. This 'celebration' acquires specific significance in India, which has the largest annual incidences of head injuries.
Advertisement