Misfiring of the brain's control system might underpin compulsions in obsessive-compulsive disorder (OCD), suggest researchers at the University of Cambridge, writing in the American Journal of Psychiatry.

The research, led by Dr Claire Gillan and Professor Trevor Robbins (Department of Psychology) is the latest in a series of studies from the Cambridge Behavioural and Clinical Neuroscience Institute investigating the possibility that compulsions in OCD are products of an overactive habit-system. This line of work has shifted opinion away from thinking of OCD as a disorder caused by worrying about obsessions or faulty beliefs, towards viewing it as a condition brought about when the brain's habit system runs amok.


In a study funded by the Wellcome Trust, researchers scanned the brains of 37 patients with OCD and 33 healthy controls (who did not have the disorder) while they repetitively performed a simple pedal-pressing behavioural response to avoid a mild electric shock to the wrist. The researchers found that patients with OCD were less capable of stopping these pedal-pressing habits, and this was linked to excessive brain activity in the caudate nucleus, a region that must fire correctly in order for us to control our habits.


Basic imaging work has long since established that the caudate is over-active when the symptoms of OCD are provoked in patients. That the habits the researchers trained in these patients in the laboratory also triggered the caudate to over-fire adds weight to the suggestion that compulsions in OCD may be caused by the brain's habit system

The research team thinks these findings are not specific to OCD and that, in fact habits may be behind many aspects of psychiatry.

"It's not just OCD; there are a range of human behaviours that are now considered examples of compulsivity, including drug and alcohol abuse and binge-eating," says Dr Gillan, now at New York University. "What all these behaviours have in common is the loss of top-down control, perhaps due to miscommunication between regions that control our habit and those such as the prefrontal cortex that normally help control volitional behaviour. As compulsive behaviours become more ingrained over time, our intentions play less and less of a role in what we actually do."

The researchers think this is the work of our habit system.

"While some habits can make our life easier, like automating the act of preparing your morning coffee, others go too far and can take control of our lives in a much more insidious way, shaping our preferences, beliefs, and in the case of OCD, even our fears," says Professor Robbins. "Such conditions - where maladaptive, repetitive habits dominate our behaviour - are among the most difficult to treat, whether by cognitive behaviour therapy or by drugs."

Co-author Professor Barbara Sahakian adds: "This study emphasizes the importance of treating OCD early and effectively before the dysfunctional behaviour becomes entrenched and difficult to treat. We will now focus on the implications of our work for future therapeutic strategies for these compulsive disorders." 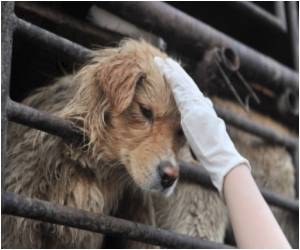 Risk of OCD Among New Mothers
A recent study has shown that one out of 10 of new mums portray symptoms of OCD, or obsessive compulsive disorder
READ MORE