How are Extinct Types of Humans Less Advantageous Than Us? 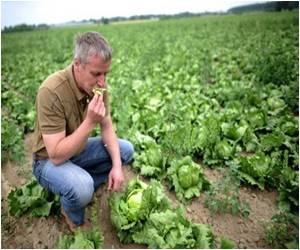 There were extinct types of humans like Neanderthals and the recently discovered Denisovans of Siberia living side by side in parallel with modern man. Yet only Homo sapiens survived. What was it in our genetic makeup that gave us the advantage?

While genetics deals with the DNA sequence itself and the heritable changes in the DNA (mutations), epigenetics deals with heritable traits that are not caused by mutations. Rather, chemical modifications to the DNA can efficiently turn genes on and off without changing the sequence. This epigenetic regulatory layer controls where, when and how genes are activated, and is believed to be behind many of the differences between human groups.


Indeed, many epigenetic changes distinguish us from the Neanderthal and the Denisovan, researchers at the Hebrew University of Jerusalem and Europe have now shown.
Advertisement
In an article just published in Science, Dr. Liran Carmel, Prof. Eran Meshorer and David Gokhman of the Alexander Silberman Institute of Life sciences at the Hebrew University, along with scientists from Germany and Spain, have reconstructed, for the first time, the epigenome of the Neanderthal and the Denisovan. Then, by comparing this ancient epigenome with that of modern humans, they identified genes whose activity had changed only in our own species during our most recent evolution.

Among those genetic pattern changes, many are expressed in brain development. Numerous changes were also observed in the immune and cardiovascular systems, whereas the digestive system remained relatively unchanged.

On the negative side, the researchers found that many of the genes whose activity is unique to modern humans are linked to diseases like Alzheimer's disease, autism and schizophrenia, suggesting that these recent changes in our brain may underlie some of the psychiatric disorders that are so common in humans today.

By reconstructing how genes were regulated in the Neanderthal and the Denisovan, the researchers provide the first insight into the evolution of gene regulation along the human lineage and open a window to a new field that allows the studying of gene regulation in species that went extinct hundreds of thousands of years ago.

Humans and Neanderthals may Have Interbred
According to a team of researchers, a new method has helped them confirm that humans and ......