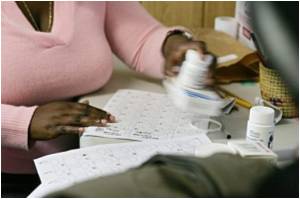 Other then being a simple sense organ, the nose can play an important role in mating behavior as researchers have found that hormones that dictate a female's attraction towards males do so in part by controlling her sense of smell.

The findings in mice provide an example of how hormones may use the nose to circumvent the brain and influence behavior. The investigators analyzed female mice at various stages of the ovulation cycle and found that when a female is not ready for reproduction, her hormones (specifically progesterone) block her ability to sense the smell of male pheromones.


These hormones diminish during ovulation, eventually allowing a female mouse to smell a potential partner. When ovulation ends, the cycle repeats, and she is again rendered "odor-blind" to males.


"Here we find -- in the mouse -- that the nose is not simply a sense organ, passively vacuuming up all stimuli and transmitting that information to the brain," says senior author Lisa Stowers of The Scripps Research Institute in La Jolla, US.

"Instead, hormonal signals from the body act directly on the nose to make a decision about what information to send to the brain. It is quite surprising that the nose, and not the brain, would be making such important decisions," Stowers said.

She said humans are not known to detect pheromones, but her research team is investigating whether human olfactory neurons are similarly able to sense internally circulating hormones.

"We are also currently looking to see if the nose has the ability to make any other behavioral decisions that vary with other internal-state hormone profiles such as stress," Stowers said.

The study was published in the journal Cell.

Hormones Need to be Under Control for Body Size Regulation
Molecular mechanisms triggered by environmental conditions that ultimately affect the final body size have been uncovered by researchers.
READ MORE