The levels of a hormone, when measured in hair, can significantly predict the likelihood of pregnancy in women undergoing In Vitro Fertilization (IVF) treatment.

The new study by The University of Nottingham found that elevated levels of the so-called 'stress hormone' cortisol measured in hair were associated with almost a third less chance of conceiving. This technique enables doctors to measure cumulative hormonal function over the previous three to six months and, as such, provides a more reliable measure of hormonal function compared to other techniques using saliva, blood and urine that measure only short term levels of the hormone.


Scientists believe that interventions to reduce cortisol prior to infertility treatment could therefore improve outcomes for the many thousands of couples undergoing IVF each year. A total of 135 women were recruited from NURTURE fertility clinic in Nottingham between December 2012 and April 2014, 60 percent of whom became pregnant following IVF treatment.


‘Long term levels of cortisol, which are affected by many lifestyle factors including diet, exercise, caffeine and most notably stress, may play an important role in determining reproductive outcomes.’


Salivary cortisol samples were collected over two days, on waking, 30 minutes after waking and at 10 pm at night. Eighty-eight of the women also provided hair samples for the measurement of cortisol. After analysing both types of cortisol data researchers found that short term salivary cortisol measurements were not related to pregnancy but in contrast the hair cortisol concentrations were.

The findings suggest that 27 percent of the variance in pregnancy outcome was accounted for by hair cortisol concentrations after controlling for other known factors that are linked to IVF success such as age, Body Mass Index (BMI), number of eggs retrieved and the number of eggs fertilised.

Leading the study, researcher Kavita Vedhara said, "Researchers have been interested in the role that cortisol may play in determining reproductive outcomes for some time now, not least because cortisol is typically elevated in relation to stress. There has been ongoing debate within the scientific community about whether or not stress may influence fertility and pregnancy outcomes."

"While these results do not specifically implicate stress they do provide preliminary evidence that long term cortisol levels are associated with a reduced likelihood of conceiving. A range of factors are likely to account for that, stress being one possibility. These findings are clearly compelling but more research is needed to more fully understand the factors that influence cortisol levels in patients undergoing IVF," Vedhara added.

Another scientist Adam Massey added, "We know that many factors will influence the likelihood of IVF success and, at this stage, we do not fully understand all of the factors that influence whether treatment works or not. However, optimising patient's chances of IVF success is key and this research suggests that reducing cortisol in the months prior to treatment may play an important part in conception."

"The good news for patients is that well known lifestyle changes may help to lower cortisol and therefore optimise the likelihood they will get pregnant," Massey added. 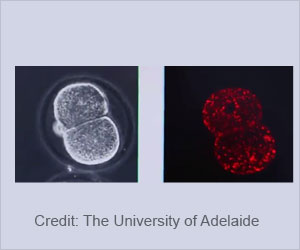 IVF Births Have Higher Risk of Complications, Finds Study
Researchers in Australia claim that IVF babies are at an increased risk of complications like stillbirth, birth defects. However, it is too immature to blame IVF treatment alone at this point of time.
READ MORE