Hong Kong Mothers March Against Mainland Women and Their Babies 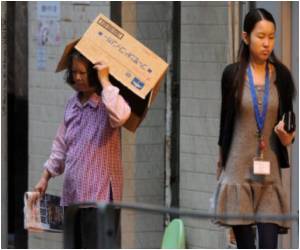 More than 1000 protesters, including pregnant women, marched in Hong Kong Sunday opposing the growing number of mainland Chinese women coming to the city to give birth, organisers said.

Women from mainland China are keen to have babies in Hong Kong -- a city that has had semi-autonomous status within China since it ceased to be a British colony in 1997 -- because it entitles their child to rights of abode and education.

Local expectant mothers, some with children in tow, marched to government headquarters in the southern Chinese city, carrying banners that read: "For Hong Kong's sake, fight for local women's right to give birth here."


"Local mothers are being forced to give birth in the corridors of hospitals because mainland mothers are over-crowding our hospitals," Annie Yam, a mother of two who took part in the march, told AFP.

"I was the only local mother in a 10-person maternity ward when I gave birth six months ago," she said. "The rest were mainland Chinese women."

Mainland mothers reportedly accounted for nearly half of the 88,000 births in the glitzy financial hub in 2010.

Earlier this year, Hong Kong announced a sharply reduced quota for mainland Chinese women allowed to give birth in its public hospitals next year.

Places for non-local women to deliver in public hospitals will be reduced to 3,400 in 2012 subject to the availability of maternity ward beds, health authorities have previously said.

But the protesters doubt the effectiveness of the move.

"The new measures will work only in the short term," spokeswoman of the protest Jocelyn Yiu said. "Mainland mothers have been abusing our emergency room services and the measures will not solve this problem."

"We are taxpayers, why are our resources spent on foreigners?" she added.

The government has come under pressure after doctors made a rare public call for a cap on the number of babies delivered in the city as resources for local mothers are stretched thin.

Last month, a Hong Kong court ruled that a law banning foreign maids from permanent residency is unconstitutional in a landmark case that many feared could pave the way for a flood of applications.

Record Price for 'Red Monkey' Stamps in Hong Kong
Organizers have confirmed that a highly sought-after rare set of "Red Monkey" stamps to celebrate the 1980 Year of the Monkey was sold for a record $184,000 at a Hong Kong auction
READ MORE 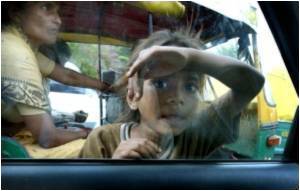