Honda Accord: The World's Most Stolen Car 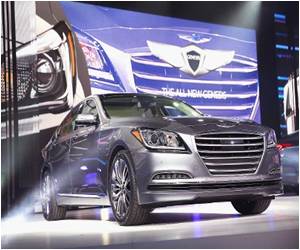 LoJack and the National Insurance Crime Bureau, a tracking and recovery organization supported by insurance companies says that Honda Accord is the world's most stolen car every year.

The car has topped the list for the fifth time in a row of being the most admired by thieves for several years.

According to ABC News, a report released by National Insurance of Car Bureau (NICB) released a similar report last August analyzing stolen cars, insured or not, in 2012 through the National Crime Information Center the country's central database for reported crimes. Honda Accord has topped the list for being the most stolen car in a row for five years.


Chris Naughton, a spokesperson for Honda has said that while they cannot completely account for criminal behavior, it was important to note that the Accord has been one of the most popular vehicles in the U.S. for over 30 years, and in 2013 it was the best-selling new car to individual American buyers.
Advertisement
Naughton further added that Honda is currently equipping its vehicles with latest security devices.

Reports suggest that the most recent updates include the Immobilizer Theft-Deterrent System, which prevents a car's engine from starting without a properly encoded key.

Teens Distracted by Loud Talking Inside Cars are Accident-Prone
Teen drivers, who are distracted by loud conversations, are more likely get involved in a dangerous ...

Driving Safer Made by Driverless Cars
With a view to make driving safer and avoid crashes, a new advances in safety technology to be ......

Humble Mollusks-Inspired Transparent Armor for Soldiers and Cars
New kinds of armor that take inspiration from humble mollusks will soon be used for soldiers and ......