Home Computers Helpful for Kids In Studies Only When Monitored 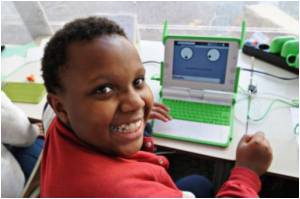 Home computers could be helpful for kids in studies only when monitored. Otherwise it could prove a serious distraction with children preferring to play games.

Researchers with the Duke University's Sanford School of Public Policy found computers might widen the achievement gap in math and reading scores. Students in grades five through eight, especially in disadvantaged households, tend to post lower scores once these technologies arrive in their home.

Professors Jacob Vigdor and Helen Ladd analyzed responses to computer-use questions included on North Carolina's mandated End-of-Grade tests (EOGs). Students reported how frequently they use a home computer for schoolwork, watch TV or read for pleasure. The study covers 2000 to 2005, a period when home computers and high-speed Internet access expanded dramatically. By 2005, broadband access was available in almost every zip code in North Carolina, Vigdor said.


The study had several advantages over previous research that suggested similar results, Vigdor said. The sample size was large  numbering more than 150,000 individual students. The data allowed researchers to compare the same children's reading and math scores before and after they acquired a home computer, and to compare those scores to those of peers who had a home computer by fifth grade and to test scores of students who never acquire a home computer. The negative effects on reading and math scores were "modest but significant," they found.
Advertisement
"We cut off the study in 2005, so we weren't getting into the Facebook and Twitter generation," Vigdor said. "The technology was much more primitive than that. IM (instant messaging) software was popular then, and it's been one thing after the other since then. Adults may think of computer technology as a productivity tool first and foremost, but the average kid doesn't share that perception." Kids in the middle grades are mostly using computers to socialize and play games, Vigdor added, with clear gender divisions between those activities.

Vigdor and Ladd concluded that home computers are put to more productive use in households where parental monitoring is more effective. In disadvantaged households, parents are less likely to monitor children's computer use and guide children in using computers for educational purposes.

The research suggests that programs to expand home computer access would lead to even wider gaps between test scores of advantaged and disadvantaged students, Vigdor said. Several states have pursued programs to distribute computers to students. For example, Maine funded laptops for every sixth-grader, and Michigan approved a program but then did not fund it.

"Scaling the Digital Divide: Home Computer Technology and Student Achievement" was published online by the National Bureau of Economic Research. The research was funded in part by the William T. Grant Foundation.