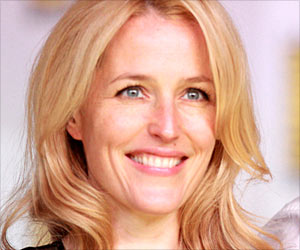 In a letter to the Indian Ministry of Health and Family Welfare, Hollywood actress Gillian Anderson has requested a ban on repeat experiments on animals in toxicity tests.

47-year-old Anderson, a People for the Ethical Treatment of Animals (PETA) supporter, is currently in India shooting for Gurinder Chadha's "Viceroy's House".

Challenging risk assessment methods used for decades by toxicologists, a new review of the literature suggests that oral gavage, the most widely accepted method of dosing lab animals to test chemical toxicity, does not accurately mimic how humans are exposed to chemicals in everyday life.
Advertisement

In her letter addressed to Minister of Health & Family Welfare, Jagat Prakash Nadda, Anderson said, "It's an honor to be in Jodhpur shooting Viceroy's House, a film set in 1947, a sad and momentous year in India's history. India holds a special place in my heart for many reasons, but especially for its cultural reverence for animals."


"I was so pleased to hear from my friends at PETA that the Drugs Technical Advisory Board operating under your Ministry agrees that animals should not have to undergo cruel tests for new drug registrations when complete data from earlier toxicity experiments already exist for drugs that have been approved abroad."

A new review suggests oral gavage, the most widely accepted method of dosing lab animals to test chemical toxicity, does not accurately mimic how humans are exposed to chemicals in everyday life.
Advertisement
"I therefore respectfully request that you move this process along by amending the Drugs and Cosmetics Rules, 1945, immediately in order to stop redundant drug testing," Anderson said.

The Drug Technical Advisory Board (DTAB) recommended a ban on repeat experiments on animals in toxicity tests for drugs that are already approved abroad.

Researchers must first test new medicines in animals, which is costly and time-consuming, as well as ethically challenging, to determine whether they are safe and effective for humans.
Advertisement
<< Discovery of DNA Repair Mechanism By Nobel Laureates May Hel...
People With Black-Sounding Names Imagined As Larger, Aggress... >>

Scientists Put An End to Animal Testing for Drug Discovery

Hearing Loss Calculator Calculate Ideal Weight for Infants Iron Intake Calculator A-Z Drug Brands in India How to Reduce School Bag Weight - Simple Tips Loram (2 mg) (Lorazepam) Find a Doctor Daily Calorie Requirements Find a Hospital Sinopril (2mg) (Lacidipine)
This site uses cookies to deliver our services. By using our site, you acknowledge that you have read and understand our Cookie Policy, Privacy Policy, and our Terms of Use