Holidays - No Assurance of More Happiness 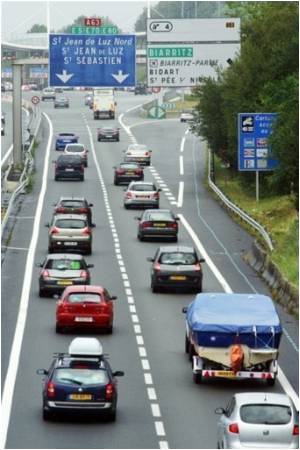 People who go on holidays do not usually return happy, discloses a scientific study.

Dutch academic Jeroen Nawijn, of Erasmus University, Rotterdam, investigated the link between holidays and happiness in 1,530 men and women, of an average age of 50 last summer.

On questioning, he found that approximately two-thirds had been on holiday, and that people who had been back from their holidays for more than a few days were no happier than they had been a month or two before they went away.


"The maximum benefit of a holiday is two weeks after coming home. After that, people are not any happier than they were beforehand," the Daily Mail quoted Nawijn as saying.
Advertisement
He also found that people who have holidays booked but had not yet travelled tend to be happier than people who had not gone on holiday.

"People who have a great holiday may start to remember why they're alive, only to be thrown back into the living death known as working life," clinical psychologist, Oliver James, said.

Felicia Huppert, professor of psychology at Cambridge University, says the results of the Dutch study may be misleading as true happiness extends beyond someone's current mood.

"The way they've measured happiness relates to how you feel at the time. If you are going to measure something fleeting, you're going to find it goes back to its normal level," she said.

"Nowadays, psychologists are interested in another kind of happiness - to do with whether there's purpose in your life, as well as such self-esteem and your relationships with people," she stated.

The answer, says Nawijn, is to maximise your happiness by not booking one long holiday, but several shorter ones.

Vacation Success Linked to Absence of Negative Emotions
A new study says that success of a vacation may not depend on experiencing positive emotions like .....

Short Breaks Better Than One Long Vacation
Short breaks are better than one long vacation.Research has shown that taking smaller, frequent ......

Happiness Lies in Planning a Vacation
A new study has said that people anticipating taking a break to go on a vacation are happier than .....