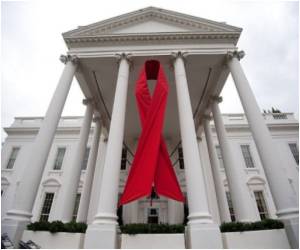 Do you know that there are symptoms for each stage of HIV/AIDS? Learn more from our HIV Symptom Quiz but here's a disclaimer - never go by symptoms alone. Symptoms only indicate the progression of the disease, while only a medical test can confirm it.
Advertisement
<< New Respiratory Care Program Reduces Likelihood of Respirat...
Party Drug Ketamine Offers Rapid Relief From Chronic Depres... >>

Prostitution: Fresh Stakes in the Oldest Trade
News Archive
News Resource
Advertisement
News Category
Is There a Link Between Heart Failure and Y Chromosome in Men? Male Contraceptive Pills Show Promise Common Prostate Cancer Drugs Were Less Safe: New Study Taller Than an Average Man: May Have High Risk of Testicular Cancer Do Men Infected With COVID-19 Have Semen Problems Like Infertility?
More News
Sign up for Wellness Consult a Doctor Sign up for Selfcare

Noscaphene (Noscapine) Blood Pressure Calculator Blood - Sugar Chart Sanatogen Drug Interaction Checker Iron Intake Calculator Hearing Loss Calculator Find a Doctor Drug - Food Interactions The Essence of Yoga
This site uses cookies to deliver our services. By using our site, you acknowledge that you have read and understand our Cookie Policy, Privacy Policy, and our Terms of Use