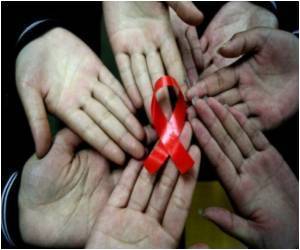 Protective immunity against HIV can be achieved without the presence of virus neutralizing antibodies in the blood, new research has shown.

The study, published by Cell Press in the February issue of the journal Immunity, demonstrates that a vaccine which stimulates production of specific anti-HIV antibodies in the vaginal tissue was sufficient to protect monkeys from exposure to live virus. The results may also help to explain why a few individuals who lack anti-HIV antibodies in the blood are able to resist infection, even when they are repeatedly exposed to HIV.

HIV is most often transmitted by sexual relations when infected body fluids of one individual contact the genital or rectal mucous membranes of another. After initial infection in the mucous membranes, or mucosa, the virus rapidly copies itself and floods the bloodstream. A common HIV-1 vaccine strategy has been to induce HIV antibodies in the blood. However, this approach has not proven effective and alternative strategies are needed. "We designed a vaccine strategy to protect the initial sites of viral entry, especially the female genitals and the rectum, by inducing antibodies within the mucosa itself that hopefully will be able to prevent the establishment of early viral infection," explains lead study author Dr. Morgane Bomsel from the Institut Cochin in Paris.


Dr. Bomsel and colleagues developed a vaccine targeted against gp41, a region of HIV that has shown some promise in studies of mucosal HIV-1 challenge. The vaccine was administered to Macaques through both intranasal and intramuscular routes. Animals were exposed to simian HIV vaginally and tested for infection six months later. Remarkably, five of five vaccinated animals were protected from viral replication in the blood and exhibited vaginal gp41-specific antibodies with various viral neutralizing effects. The mucosal antibodies blocked a pathway that HIV uses to enter the mucosa, while the antibodies in the plasma of these animals completely lacked the ability to neutralize the virus.

Encyclopedia section of medindia gives general info about HIV Clinical Features
Advertisement
Although the authors caution that further work is needed to learn more about the duration of the protective immune response observed here, the findings are significant. "Our results clearly challenge the paradigm that mucosal protection requires significantly high levels of antibodies with virus neutralizing capacity in the blood. Furthermore two classes of vaginal antibodies, IgA and IgG, were induced in the mucosa by the vaccine and exerted complementary antiviral functions to stop the virus very early in its entry at the mucosa," concludes Dr. Bomsel. "These findings may help to explain why a small population of highly exposed, but HIV-negative, women who exhibit gp41-specific IgA in their vaginal secretions are protected from infection. We may have been able to recapitulate in a vaccine what a few individuals do naturally."

Encyclopedia section of medindia explains in brief about the treatment for AIDS/HIV
Advertisement
<< Cardiac Disease, Cancer, Drug Abuse can be Spotted by Techn...
Gene Mutations Linked to High Blood Pressure by Yale Resear... >>