HIV Infection In 50 Plus Age Group Doubles In UK 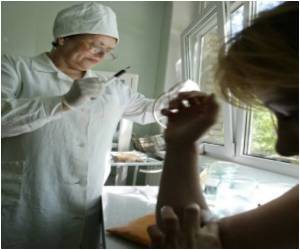 HIV infection in those older than 50 years has doubled in the UK over a period of seven years, according to figures released by the Health Protection Agency (HPA).

The findings published online in the journal AIDS* and presented at the International AIDS conference in Vienna found that cases have risen from 299 new cases in 2000 to 710 new cases in 2007.


Researchers from the HPA's Centre for Infections reviewed all the reports of adults aged 15 and over who were newly diagnosed with HIV between 2000 and 2007, in England, Wales and Northern Ireland.


The research team explored the impact of being diagnosed late and how it can severely affect older people's life-expectancy. They found of the over 50s diagnosed during that period half were diagnosed late, that is with a CD4 cell count of less than 200. This compares with a third in younger adults. During the eight year study period three quarters of deaths among people aged 50 and over occurred within one year of diagnosis, with half of those diagnosed late.

When a person becomes infected with HIV, the virus begins to deteriorate their CD4 cell count. This cell count has to remain above 500 in order for the patient to remain as near as possible to a healthy count.

The sooner HIV is diagnosed and treated the less likely it will be passed on and the better the treatment options become. Controlled studies have shown that transmission rates are much lower in those patients who are already on anti-retroviral treatment. This still means that condoms are needed because people remain at risk of other STIs, but risk of HIV transmission decreases rapidly once an individual is on treatment.

The researchers also found the number of over 50s seen for HIV care in the UK increased three-fold over the study period. The team suggest that the increase is partly explained by the improved life expectancy of adults infected in their 20s, 30s and 40s, as well as those diagnosed soon after infection in the over 50s.

First author Ruth Smith, a senior HIV scientist at the HPA's Centre for Infections said: "We estimate that nearly half of older adults diagnosed between 2000 and 2007 were infected at age 50 or over and this highlights the importance of HIV testing - whatever your age.

"We must continually reinforce the safe sex message - using a condom with all new or casual partners is the surest way to ensure people do not become infected with a serious sexually transmitted infection such as HIV."

The latest HPA data shows that there are currently more than 83,000 people in the UK living with HIV, with a quarter unaware of their infection.

Late diagnosis is a problem across the board and not just in older adults. In 2008 there were 7,382 new diagnoses of HIV in the UK with an estimated 32% of adults over 15 years being diagnosed late.
Study co-author Dr Valerie Delpech, head of HIV surveillance at the HPA said: "Although adults aged 50 and over account for just eight percent of all new HIV diagnoses, the fact that cases have more than doubled in recent years serves as a timely reminder that anybody is at risk of HIV infection if they do not use protection and practice safe sex.

"Medical guidelines issued in 2008 encouraged widespread testing in areas where there is a high prevalence of HIV and the HPA fully supports any NHS or charity organisation initiative which will encourage increased testing and increased offering of testing across the UK."