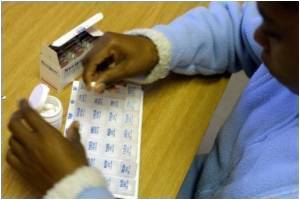 A study appearing in an upcoming issue of the Clinical Journal of the American Society Nephrology says that poor kidney function is common among injection drug users, particularly those with HIV.

The results suggest that clinicians should monitor the kidney function of HIV-infected injection drug users and consider them candidates for medical treatments to protect their kidneys when appropriate.

HIV-infected individuals are more likely to have kidney disease compared with the general population. This may be due to a direct effect of HIV infection as well as indirect effects related to known risk factors for kidney disease that are commonly present among HIV-infected populationsfor example, the presence of other illnesses, toxic effects of antiretroviral medications, low socioeconomic status, and African American race. Research also indicates that injection drug users exhibit increased risk of becoming infected with HIV. While little information is available about the burden of kidney disease in injection drug users, this population's drug use, higher prevalence of viral hepatitis, and poor access to medical care may increase the risk of kidney disease.


To investigate the issue, Shruti H Mehta, PhD (Johns Hopkins Bloomberg School of Public Health) and her colleagues analyzed the presence of proteinuria, or excess excretion of protein in the urine, in HIV-positive and HIV-negative injection drug users. Individuals with proteinuria often develop kidney disease; therefore, screening for proteinuria may help physicians prevent or slow damage to the kidneys.

Because proteinuria can lead to kidney failure and increases one's risk of developing cardiovascular disease, clinicians should aggressively screen HIV-infected injection drug users for proteinuria and consider them candidates for medical treatments that protect the heart and kidneys.