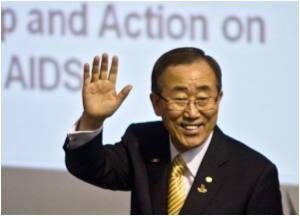 A petition for more funds to fight the HIV epidemic was signed by 700,000 people of the Born HIV Free campaign, which the UN chief Ban Ki-moon will receive before he meets with donors.

The petition calls for the international community to provide the necessary funds to eliminate the transmission of HIV from mothers to children by 2015, Born HIV Free, which is supported by French First Lady Carla Bruni-Sarkozy, said in a statement.


In 2009, 53 percent of women with HIV were treated with antiretroviral drugs to reduce the risk of transmission during pregnancy, childbirth or breastfeeding, according to the campaign.


The Born HIV Free campaign had increased public awareness and action in this important part of the fight against AIDS, said Michel Kazatchkine, director of the Global Fund to Fight AIDS, Tuberculosis and Malaria.

About 20 million people have watched Born HIV Free's videos on its website and video-sharing site YouTube, the statement said.

Bruni-Sarkozy, who appeared in several of the videos, said in the statement that the success of the campaign represented "a promise to eliminate the transmission of HIV from mothers to babies".

On Tuesday, the UN chief will chair a meeting in New York where donor countries will commit funds for the next three years.

The Global Fund hopes to raise 20 billion dollars to accelerate its programmes, but previous commitments suggest it is highly unlikely to reach that target. 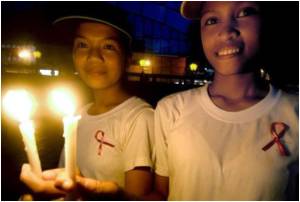