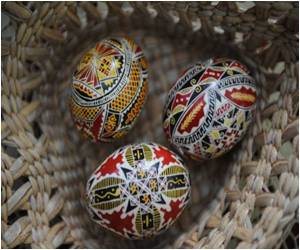 The glimmer of devotional candles and the flash of smartphone cameras are evident in the nighttime procession hosted by a church for its first Easter mass in 60 years.

Hundreds of Greek Cypriots crossed the Green Line to attend the ceremony at Famagusta's church of St George Exorinos, in the part of the Mediterranean island occupied by Turkish forces since 1974.

Bishop Vassilis, wearing robes embroidered with gold and white and accompanied by a top Muslim cleric from the Turkish Cypriot community, led a tearful ceremony around the gardens of the 14th century church in Famagusta's mediaeval walled city.


Crowds of worshippers who had crossed for the historic service pressed around as the bishop delivered a mass urging reconciliation on the divided island.
Advertisement
Good Friday is one of the holiest dates in the Orthodox calendar, but for Pavlos Iacovou, who helped organise the service, the fact that the mass was taking place in the Turkish-held side of the island made the day "like a miracle".

He fled his hometown as an 18-year-old in 1974, when Turkey seized Cyprus?s northern third in response to an Athens-engineered coup aimed at uniting the island with Greece.

"We didn?t believe it would take 40 years to return. We thought it was only for a few days, and then we would be able to go home," he said wistfully, remembering the bustling town of his childhood, where his family owned a seafront hotel.

The Famagusta of Iacovou?s remembering is an idyllic place, where Turkish and Greek Cypriots coexisted peacefully, but it was intercommunal troubles before the island gained independence from Britain in 1960 that ended religious services at St George Exorinos 58 years ago.

Many of the Greek Cypriots who attended had fled the town in 1974, but despite the painful memories a jovial atmosphere settled on the church ahead of the service.

Orthodox priests milled around as smartly dressed families set out chairs in the gardens, enjoying the sunshine.

Throughout the afternoon hundreds of worshippers queued patiently to enter the tiny church to light candles and hear the liturgy.

One of the volunteers helping to marshal the crowds in the gardens estimated that 2,000 to 3,000 people had attended the service throughout the afternoon.

Resting under the shade of a tree in the gardens as the service was relayed to those outside by loudspeaker, Constantinos Lordos, 74, a former Greek Cypriot MP, remembered coming to the church as a boy.

?This is a very touching ceremony for me. My mother used to bring me here for various ceremonies, especially for the Easter services,? he said.

He too was forced to leave his hometown, but he said he bore no bitterness. "I feel that the island belongs to all of us, it doesn't belong to anyone in particular,? he said, smiling.

The worshippers crowded onto pews in the dimly lit church were joined by a clutch of Turkish and Greek Cypriot politicians, as well as several foreign dignitaries, including the US ambassador and a representative of the UN.

Among those inside the church were the mayor-in-exile of Famagusta Alexis Galanos and his Turkish Cypriot counterpart Oktay Kayalp, who worked together to set up the mass.

"Without exaggerating the importance, I think this is one step ahead" towards a solution to the division of Cyprus, Gallanos said.

Events where Greek and Turkish Cypriots can meet are a message to negotiators in the island?s UN-brokered peace talks that relaunched in February, Kayalp said.

For some marking Good Friday at St George?s, a solution cannot come quickly enough, as the desire to return to their hometown has not faded over the years.

Nicolas Nicolaou, a 50-year-old businessman, was 10 when he and his family escaped Famagusta, and he had brought his own two young children to see the place where he still feels deeply rooted.

"It is like a dream for us, and we hope that one day we will be back here."