Hip and Knee Replacement Patients Have to Wait Longer for Surgeries 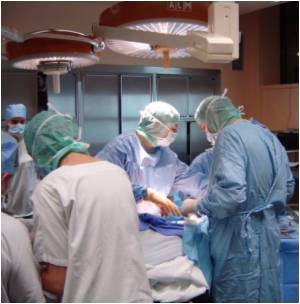 About 692 British surgeons have reported that several patients posted for hip or knee replacement surgery have to spend months in pain because of delayed operations or restrictions on who qualifies for the treatment. Waiting for several months can be deteriorating for the joint as the bones get damaged further and the muscles do not get used enough, therefore the surgery can become difficult.

These moves are part of the NHS drive to find 20 billion pound efficiency savings by 2015. Around 118 surgeons said that hip and knee surgery is regarded as a procedure of low priority.

President of the British Orthopedic Association (BOA), Peter Kay said, "General practitioners were told not to send as many patients to hospital, maybe to delay referrals until the end of the financial year while perhaps introducing thresholds for surgery."

Are you experiencing pain due to damaged hips? Travel abroad to get replacement surgery at affordable prices.
Advertisement
<< Surge in Users of Virtual Colonoscopy
Hookah - A New Threat >>