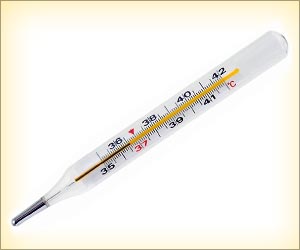 A new thermometer that can measure the smallest possible fluctuation in temperature has been invented by researchers from the Autonomous University of Barcelona and the University of Nottingham. This device is capable of providing an estimation of the temperature with a never before seen precision.

The researchers said, "Finding a nanothermometer sensitive enough at this scale is a great step forward in the field of nanotechnology, with applications in biology, chemistry, physics, and even in the diagnosis and treatment of diseases."

A new device developed by a team of scientists turns your smartphone into an instant thermometer.
Advertisement

The research team studied the sensitivity of thermometers created with a handful of atoms, small enough to be capable of showing typical quantum-style behavior. They were searching for the maximum precision which could be achieved in a real situation. In the research, the physicists also observed that these thermometers could maintain a constant sensitivity in a wide range of temperatures by sacrificing some of their precision.

The new TempTraq thermometer with a built-in bluetooth transmitter works for a full 24 hour period, and can be stuck under the arm of even small children.
Advertisement

New smart connected thermometers have been coming to market lately, allowing parents to easily record temperature readings and helping to track fevers with ease.
Advertisement
This site uses cookies to deliver our services.By using our site, you acknowledge that you have read and understand our Cookie Policy, Privacy Policy, and our Terms of Use  Ok, Got it. Close
×