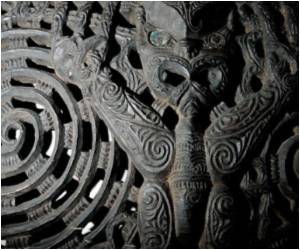 Maori women have had the highest rates and the largest increase in breast cancer over the last two decades according to new research from the University of Otago, Wellington. The Maoris are an indigenous tribe of New Zealand.

However the research, led by Dr Ruth Cunningham from the Department of Public Health, says the reasons for the unusually higher Maori rates are still unclear, as internationally breast cancer incidence rates are usually highest amongst those with higher incomes.


"It is still a bit of a mystery why Maori rates have increased 70% compared to 50% for European/Other over the research period, and at this stage we can only speculate on some of the possible reasons," says Dr Cunningham.

Slides and animation of Breast Self Examination for early detection of breast cancer lumps in women
Advertisement
"Given what we know, one would expect Maori to have lower rates than European women as they give birth earlier, have more children and lower rates of hormone therapy use. All these factors normally reduce breast cancer rates."

Dr Cunningham says that post-menopausal obesity may be one reason for the bigger increase in rates among Maori. Maori women's very high rate of smoking (50%) is unlikely to be a factor in the increase in breast cancer.

"It's likely that there are environmental factors not yet determined which are contributing to the differences in rates seen. It's also possible that there could be biological factors which may help to explain the high rates among Maori women, but very little work has been done in this area."

"Rates for European women rose from 114 to 170 per 100,000 women over 25 years and are comparable to figures from other developed countries," says Dr Cunningham.

In contrast to European and Maori women, the study shows that Pacific and Asian women have the lowest incidence of breast cancer in NZ and these differences did not change significantly over two decades. Pacific rates rose from 112 to 141 per 100,000 over the study period, and Asian rates rose from 70 to 126 per 100,000.

Lower Pacific rates are consistent with reduced risk factors such as having children earlier, being more likely to have children and to having bigger families. Lower alcohol consumption is also likely to play a part.

Asian breast cancer rates are the lowest of all groups in this study and consistent with other Asian countries. However the rates are higher than seen in most Asian countries, suggesting that environmental risk factors in New Zealand may be starting to impact on this ethnic group.

Dr Cunningham says that further research is needed on the role of risk factors and the biological nature of breast tumours as determinants of breast cancer rates in Maori, and on the more general causes of this disease which kills around 600 women a year.

The reasons for the higher rates amongst high income women relate to risk factors in this group; they have children later or no children at all, are less likely to breast feed, and more likely to use hormone therapy.

This study was funded by the Health Research Council and the Ministry of Health, and is part of the CancerTrends study led by Professor Tony Blakely.

Vent Forte (Theophylline) The Essence of Yoga Noscaphene (Noscapine) Sinopril (2mg) (Lacidipine) Color Blindness Calculator Diaphragmatic Hernia Indian Medical Journals Pregnancy Confirmation Calculator How to Reduce School Bag Weight - Simple Tips Post-Nasal Drip
This site uses cookies to deliver our services. By using our site, you acknowledge that you have read and understand our Cookie Policy, Privacy Policy, and our Terms of Use