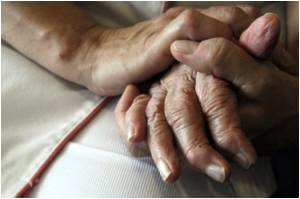 High levels of several vitamin E components in the blood are associated with a decreased risk for Alzheimer's disease (AD) in advanced age, according to a Swedish study.

The research has suggested that vitamin E may help prevent cognitive deterioration in elderly people.

"Vitamin E is a family of eight natural components, but most studies related to Alzheimer s disease investigate only one of these components, tocopherol," said Dr. Francesca Mangialasche, who led the study.


"We hypothesized that all the vitamin E family members could be important in protecting against AD. If confirmed, this result has implications for both individuals and society, as 70 percent of all dementia cases in the general population occur in people over 75 years of age, and the study suggests a protective effect of vitamin E against AD in individuals aged 80 plus," Mangialasche added.
Advertisement
The study was conducted at the Aging Research Center (ARC), Karolinska Institutet, Stockholm, Sweden, in collaboration with the Institute of Gerontology and Geriatrics, University of Perugia, Italy.

The study included a sample of 232 participants from the Kungsholmen Project, a population-based longitudinal study on aging and dementia in Stockholm (Kungsholmen parish). All participants were aged 80 plus years and were dementia-free at the beginning of the study (baseline). After 6-years of follow-up, 57 AD cases were identified.

The blood levels of all eight natural vitamin E components were measured at the beginning of the study. Subjects with higher blood levels (highest tertile) were compared with subjects who had lower blood levels (lowest tertile) to verify whether these two groups developed dementia at different rates.

The study found that subjects with higher blood levels of all the vitamin E family forms had a reduced risk of developing AD, compared to subjects with lower levels.

After adjusting for various confounders, the risk was reduced by 45-54 percent, depending on the vitamin E component.

The study has been published in the July 2010 issue of the Journal of Alzheimer s Disease. (ANI)