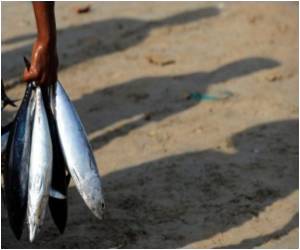 As Asians became more prosperous, they prefer to eat more "high-value" species, forcing fishermen to catch more of them even if it means using environmentally harmful and illegal methods, they said.

As oceans become more acidic a new research says that coral ecosystems may start to vanish by the year 2100.
Advertisement


"They are no longer satisfied with anchovies," she told reporters on the sidelines of a UN conference on oceans in the Philippine capital.

She warned that fish production had stabilised at 80 million tonnes in the 1980s and scientists believed that it would not go any higher.
Advertisement
"There is no doubt that changing lifestyles and eating habits are having an effect on resources," said Jerker Tamelander, head of the UN Environment Programme's coral reef unit.

He cited the case of live groupers which are in such demand in Asia that fishermen use cyanide to stun them and catch them alive, even if this kills other fish and harms coral reefs.

Even then, many of these groupers die during transport across Asia, he warned.

Depleting the stocks of high-value fish could also upset the balance of nature in coral reefs, possibly leading to their degradation, he added.

Some fish are contaminated with high levels of methyl mercury. Methyl mercury is a neurotoxin, which affects ...