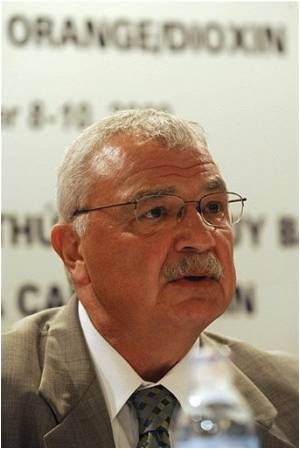 High testosterone levels could be some sign of macho, but aggression doesn't seem to help CEOs in negotiations.
When the hormone level is high, talks only collapse. Besides there is an increase in hostile takeover attempts, and the younger the CEO, the greater is the problem, says a new study in the current issue of Management Science, a journal of the Institute for Operations Research and the Management Sciences (INFORMS®).
"Deal or No Deal: Hormones and the Mergers and Acquisitions Game" is by Maurice Levi, Kai Li, and Feng Zhang of the Sauder School of Business at the University of British Columbia. The study appears in the current issue of Management Science.
Although observers might expect M&A bids to follow analysis of business advantage, the authors find that more human factors are also at work.
"We find a strong association between male CEOs being young and their withdrawal rate of initiated M&As," the authors say, characterizing these rejectionist younger executives as showing dominance-seeking behavior. "High testosterone responders tend to reject low offers even though this is against their interest."
Younger CEOs are 4% more likely to initiate an attempt to acquire another company than older men, the study finds. In a more marked finding, male CEOs' relative youth increases their likelihood of withdrawing a merger/acquisition bid by as much as 20%.
The authors also find that when companies being approached about a merger or acquisition have younger CEOs, there is a greater likelihood  by 2% - of a tender offer. Tender offers are used by bidding companies to bypass targeted companies' leadership and directly contact stockholders to purchase controlling shares.
In the study, the main effect of high testosterone was upon CEOs on the bidding side of negotiations to acquire another company, not the CEOs of the target company. Nevertheless, target CEOs' testosterone levels featured prominently when their refusal to continue negotiations led to a hostile takeover attempt.
The study builds upon a 2007 experiment conducted among students by Terence C. Burnham of Harvard University. In the two-player game, each team must agree how to divide a sum of "free" money or lose the entire sum. In this "ultimatum" game, high-testosterone men were more likely to reject what they perceived as low offers.
In the Burnham experiment, saliva from participants' mouths was swabbed to measure testosterone levels. In the current paper, age is used as a proxy for testosterone.
The current authors use data from Thomson's SDC database for more than 350 acquisition bids during the ten-year period from 1997-2007 to test the behavior of 'bidder' male CEOs. The average age of bidding firm males was 56 years old. The authors categorized CEO's under age 45 as young for the purposes of this study.
The Institute for Operations Research and the Management Sciences (INFORMS®) is an international scientific society with 10,000 members, including Nobel Prize laureates, dedicated to applying scientific methods to help improve decision-making, management, and operations.