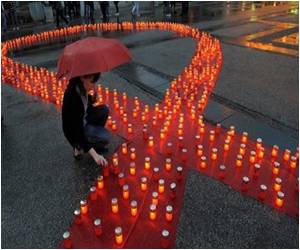 Research concludes that despite advances in electronic medical records, mistakes are still commonly made in the prescription of antiretroviral medications for hospitalized HIV-positive patients. The research was presented at IDWeek 2012. At the same time, a trio of studies suggests however, that electronic records in combination with increased clinical education can help to greatly decrease medical errors.

The three studies are among the significant research being discussed at the inaugural IDWeek meeting, taking place through Sunday October 21 in San Diego. With the theme Advancing Science, Improving Care, IDWeek will feature the latest science and bench-to-bedside approaches in prevention, diagnosis, treatment, and epidemiology of infectious diseases, including HIV, across the lifespan. More than 1,500 abstracts from national and international scientists will be highlighted over five days.

"Treatment of HIV infection is complex, involving the administration of multiple drugs that often have the potential for major interactions," noted Joel E. Gallant, MD, IDWeek chair for the HIV Medicine Association. "Hospitalized patients are at risk for serious medication errors, especially when drugs are added or changed by physicians without HIV expertise. These studies emphasize the critical importance of electronic medical records and early expert consultation in hospitalized HIV-infected patients to prevent dangerous and costly medication errors."


Antiretroviral therapy, or HAART, combines three to four powerful drugs to prevent HIV resistance. These drugs can cause toxicity and serious side effects and improper administration can also lead to decreased efficacy.

UNAIDS released data Wednesday showing more than eight million people - a record number in low and middle income countries - are now receiving antiretroviral drugs to treat HIV.
Advertisement
Two studies featured at IDWeek describe the challenges that hospitals face in ensuring that patients infected with HIV are not put at risk of treatment failure or drug toxicity through dosage, timing and/or other errors with these medications.

In one study, researchers at the Cleveland Clinic looked retrospectively at the charts for 162 admissions of HIV patients over a 10-month period in 2011. The rate of prescription errors in their HAART regimens was 50 percent, and two-thirds of those mistakes were not identified and resolved before the patients were discharged.

Lead researcher Elizabeth Neuner, PharmD, an infectious disease clinical pharmacist at the clinic, points to the changing nature of HIV care as one explanation. Many hospital physicians are less familiar with HAART regimens because so much HIV care is now administered in outpatient settings, she said.

"The number and complexity of medications used to treat HIV and an unfamiliarity with seeing patients with these medications can lead to errors," Neuner said.

Since the study, the Cleveland Clinic has implemented numerous quality improvement measures, including increased education about potential drug interactions with antiretroviral medications and greater coordination of care between inpatient and outpatient settings. The clinic also added dosing and frequency alerts to its electronic medical records system.

Similar error rates were seen over an 18-month period by the University of Chicago Medical Center. Researchers in this second study reviewed 155 HAART regimens, which had been evaluated within 24 hours of the patients' admission. Nearly half of the initial hospital-prescribed HAART regimens required intervention, most typically so that dosages could be modified.

Lead researcher Natasha Pettit, PharmD, a clinical pharmacy specialist with University of Chicago Medicine, suggests that teaching hospitals could have high error rates in part because their medical and pharmacy residents do not have much experience with HIV drugs early in their training. "A first-year resident may not know the nuances related to administering these medications appropriately," she said.

"Data indicate that hospitals need to provide additional educational trainings and create innovative ways to catch and prevent these errors," Pettit added. The University of Chicago Medical Center responded to the findings by developing dosing cards with cautions on drug interactions, timing recommendations and other safety points. They are planning a more detailed evaluation as a step toward modifying HAART medication order entry in their electronic records system.

A third study in Michigan looked at the impact on medication mistakes when an HIV outpatient clinic worked to actively maintain patients' antiretroviral prescriptions in a major hospital's electronic records system. The result: The error rate plunged -- by 93 percent -- among clinic patients who were later admitted to the hospital.

The approach required extensive preparation by Special Immunology Services, the HIV clinic at Saint Mary's Health Care. Although the two are affiliated, their electronic medical records systems don't communicate, and the drug records of nearly 900 clinic patients had to be individually uploaded and then continually updated in the hospital system. Through much of 2010, meetings followed with emergency room physicians. Educational notices went out through various hospital communications to other physicians, nurses, and other departments.

"It resulted in better care for our patients when they were hospitalized," said lead researcher Jean Lee, PharmD, a clinical pharmacist for HIV medicine at Special Immunology Services. In addition, based on a sample of 20 HIV-positive patients, the researchers found that the direct cost of medication errors fell by 85 percent. "We demonstrated that we can improve patient safety and show a financial benefit," said Lee.