High Outside Temperatures in Southwestern U.S. may Cause Pavement Burns in Seconds 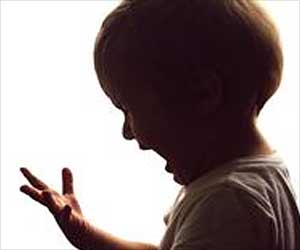 Scorching hot outdoor temperatures in Southwestern U.S. can cause second-degree burns on human skin in a matter of seconds, reveals a new study. The findings of the study are published in the Journal of Burn Care & Research.

A team of surgeons from the UNLV School of Medicine reviewed all pavement burn admissions into a Las Vegas area burn center over five years. The team compared the outdoor temperatures at the time of each patient admission to, in essence, determine how hot is too hot.

The bandage generates a weak electric field without any external power supply and can be used like any other disposable dressing.
Advertisement
‘Blistering Las Vegas heat could cook pavement to 147 degrees, which is hot enough to cause severe burns. ’
Read More..

"Pavement burns account for a significant number of burn-related injuries, particularly in the Southwestern United States," the study authors wrote. "The pavement can be significantly hotter than the ambient temperature in direct sunlight and can cause second-degree burns within two seconds."


For the study, researchers identified 173 pavement-related burn cases between 2013 to 2017. Of those, 149 cases were isolated pavement burns and 24 involved other injuries, including those from motor vehicle accidents. More than 88 percent (153) of related incidents occurred when temps were 95 degrees or higher, with the risk increases exponentially as temperatures exceeded 105 degrees.

Patients with higher levels of vitamin D have a better prognosis, with improved wound healing and reduced risk of infection.
Advertisement
That's because pavement in direct sunlight absorbs radiant energy, making it significantly hotter and potentially dangerous. Study authors say that pavement on a 111-degree day, for example, can get as hot as 147 degrees in direct sunlight. For reference, a fried egg becomes firm at 158 degrees.

And while it seems like a no-brainer to stay off a hot sidewalk, for some it's unavoidable - including victims of motor vehicle accidents, people with mobility issues or medical episodes who have fallen to the ground, or small children who may not know better.

The takeaway - summer in the desert is no joke, and more education is needed to warn people of the risks of hot pavement, particularly as temperatures creep above 100 degrees.

"This information is useful for burn centers in hotter climates, to plan and prepare for the coordination of care and treatment," says study lead author Dr. Jorge Vega. "It can also be used for burn injury prevention and public health awareness, including increased awareness and additional training to emergency medical service and police personnel when attending to pavement burn victims in the field."

Smart 7 Tips to Protect Your Child From Burns

Burns are one of the leading causes of household injuries, particularly among children. So, follow these simple safety tips to protect your children from severe burns.
Advertisement
<< Preventing Tobacco Sales to People Under Age 21 Decreases Sm...
New Persistent Opioid Use High among Women Giving Birth >>