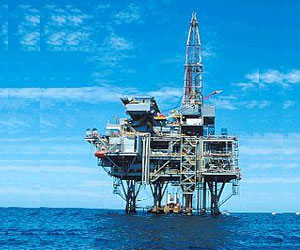 "Usually, living near an oil or natural gas well does not affect your drinking water but there are exceptions," said Professor Rob Jackson, Department of Earth system science at Stanford University, and a senior fellow at the Stanford Woods Institute for the Environment and at the Precourt Institute for Energy.

"We have found a number of homes near active wells with very high levels of natural gas in the tap water," said Jackson. "Where the chemistry suggests contamination, the problem usually lies with the integrity of the well, either the cementing used to isolate it from the surrounding rock and water or the steel casing that allows gas and oil to flow upwards."

Most documented cases of groundwater contamination were caused by poorly constructed wells, he said, pointing to a widely publicized case in Parker County, Texas. "At that site, the company cemented very near the surface and deep underground, but they put no cement for 4,000 feet in between," he explained. "The gap allowed gases to move up and down freely like a chimney and contaminate the drinking-water supply."


Besides structural issues, Jackson and his colleagues have identified problems associated with hydraulic fracturing, or fracking. This technology uses pressurized sand, water and chemicals to crack open rocks and release trapped reservoirs of oil and gas.

Fossil Fuels Affect Your Health and the Economy

Use of fossil fuels not only poses health hazards due to air pollution but it also has adverse impact on the country's economy as well.
Advertisement
Fracking wells are often installed a mile or more below the surface, far from underground sources of drinking water. But in a recent study, Jackson found that at least 2,600 wells in U.S. have been fracked at depths shallower than 3,000 feet, some just hundreds of feet below the surface.

"We found a surprising number of places where companies are fracking directly into shallow freshwater aquifers," he said. "In no other industry would you be allowed to inject chemicals into a source of drinking-quality water."

"At Pavillion, they were fracking less than 1,000 feet deep, while people were getting drinking water at 750 feet," Jackson said. "Contamination is more likely to occur when there isn't enough separation between the hydraulic fracturing activity and the drinking-water sources."

In California, Jackson has identified hundreds of fracking wells drilled into aquifers located less than 2,000 feet below the surface. In the U.S., hydraulic fracturing is typically regulated by individual states.

"Some states, like Texas and Pennsylvania, generally have pretty strong environmental regulations," Jackson said. "Others, like West Virginia and Arkansas, don't. Only Texas and Colorado have restrictions or additional safeguards in place for shallow hydraulic fracturing."

The 2010 documentary, Gasland, sparked controversy with footage of a kitchen tap catching fire at a home located near a natural gas well. "That doesn't happen often, but we have seen it," Jackson said. "We've also documented people's water change from clean to contaminated over the course of a year."

Natural gas consists primarily of methane, a greenhouse gas that's more than 30 times more potent than carbon dioxide over a 100-year period. Concerns about global warming and the potential impacts if natural gas on drinking water have led several European countries to take a much more cautious approach to hydraulic fracturing, Jackson said.

"In Germany, France, and many other countries, officials are under pressure to invest in solar, wind and other renewables instead of a technology that produces greenhouse gases," he said.

Mercury in Seafood Does Not Appear To Increase the Risk of Dementia: Study

Those who ate more seafood had higher levels of mercury in the brain, but the autopsies showed no signs of brain disease in those who had mercury in the brain.
Advertisement
<< Taking a Stroll Seems to be Costly for Professionals in Indi...
Moral Code Stands Out as Most Valued Virtue in Scientists >>

Nitrogen dioxide (NO2) exposure is known to be associated with low lung function and lung cancer, the effect of NO2 on human skin has never been investigated.

Post-Nasal Drip The Essence of Yoga Drug Interaction Checker Nutam (400mg) (Piracetam) Sanatogen Hearing Loss Calculator Turmeric Powder - Health Benefits, Uses & Side Effects Calculate Ideal Weight for Infants Noscaphene (Noscapine) Find a Doctor
This site uses cookies to deliver our services. By using our site, you acknowledge that you have read and understand our Cookie Policy, Privacy Policy, and our Terms of Use