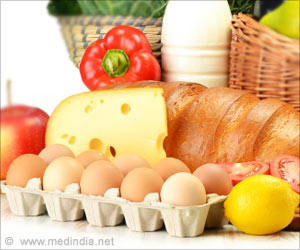 A new study indicates that eggs do not have an adverse effect on lipid levels in patients with type 2 diabetes. Scientists also found that an egg-rich diet for 3 months was associated with better appetite control and may provide greater satiety.

Nicholas Fuller, PhD, from the Boden Institute Clinical Trials Unit, University of Sydney, Australia, said that, "These findings suggest that a high egg diet can be included safely as part of the dietary management of patients with type 2 diabetes."
Advertisement

The researcher presented this study as a poster at the European Association for the Study of Diabetes 2014 Meeting last month. Dr. Fuller explained that the study was motivated by the negative perception widely held toward egg consumption by patients with type 2 diabetes.


"High egg consumption, though not associated with adverse cardiovascular outcomes in the general population, may be associated with worse cardiovascular outcomes in people with type 2 diabetes," he added.
Advertisement
The researcher notes that national guidelines on egg consumption and total dietary cholesterol intake are inconclusive and also vary widely between different countries.

In Australia, the National Heart Foundation recommends a maximum of 6 eggs per week as part of a diet low in saturated fatty acids for healthy people and in those with type 2 diabetes. However, in the US, guidelines recommend dietary cholesterol be limited to less than 300 mg/day for healthy individuals and suggest that those with type 2 diabetes stick to less than 4 eggs per week.

"There is a lack of good-quality prospective data on the effects of high egg consumption in type 2 diabetes patients," said Dr. Fuller.