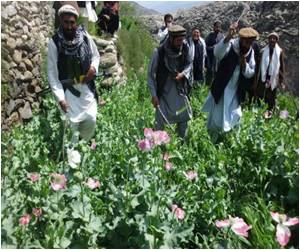 New research shows that half of patients on high-dose, long-term opioid therapy had hormonal disturbances or signs of inflammation, while 100 percent reported improved pain control and mental outlook.

The results, reported today at the 29th Annual Meeting of the American Academy of Pain Medicine, present rare data on the effects of opioids beyond 10 years. Most clinical trials that examine opioid use are of short duration, and little is known about long-term outcomes, particularly in patients who suffer from noncancer pain.

The 40 patients included in the study were evaluated between July and October 2012. Each had been taking a high dose of opioid therapy, defined as more than 100 mg equivalence of morphine a day, for 10 or more years. Each complained of constant, debilitating pain that was classified as intractable, which is defined in California as "incurable by any known means." They had tried many non-opioid methods to try to control their pain. Every patient in the study also suffered from severe insomnia.

"The high-dose opioid patients studied here greatly improved many physiologic functions and mental outlook," Forest Tennant, MD, PhD, study author and medical director of Veract Intractable Pain Clinic in West Covina, concluded, writing in a scientific poster. "Despite these improvements, 12 (30 percent) of patients had an elevated serum hormone level, an inflammatory marker, or both, suggesting the presence of an on-going painful, inflammatory process."

In addition, he wrote, the observed hormonal suppression was a significant complication.

Such findings are noteworthy as the U.S. Food and Drug Administration (FDA) and some states mull limits to opioid prescribing as a means to halt a rising tide of prescription drug abuse and overdose deaths. An FDA panel held a two-day public hearing in February to gather stakeholder testimony as it weighs labeling changes for opioid dosage, indication and treatment duration for noncancer pain.

Pot-Based Drug To Combat Cancer
Health Canada has given the stamp of approval to a cannabis-derived drug to be used in the ......

Opium and Hemlock Cocktail Killed Cleopatra, Not Snakebite
Cleopatra died from drinking a lethal drug cocktail that included opium and hemlock and .....