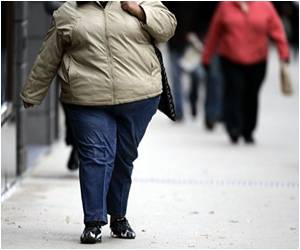 Kids who have higher levels of Bisphenol A (BPA), a chemical previously used in many products for kids, like baby bottle and plastic toys, had a higher odds of obesity and adverse levels of body fat.

This is according to a new study from University of Michigan researchers. The U-M team studied the levels of BPA found in children's urine and then measured body fat, waist circumference, and cardiovascular and diabetes risk factors, in a study published today in Pediatrics.

BPA was previously widely used in the manufacturing of polycarbonate and epoxy resins used in a variety of products for children, including baby bottles, protective coatings on metal food containers, plastic toys, and dental sealants.


"Studies in adults had shown an association between high BPA levels and obesity, diabetes and cardiovascular disease, but little was known about its effects in children," says Donna Eng, M.D., lead author of the study and recent graduate of the Pediatric Endocrinology Fellowship at C.S. Mott Children's Hospital.

The study found that higher odds of obesity, defined as a BMI above the 95th percentile on Centers for Disease Control and Prevention growth curves, was associated with higher levels of urinary BPA. Researchers also found that children with higher BPA levels also were more likely to have an abnormal waist circumference-to-height ratio.

The study did not find significant associations of BPA with any other chronic disease factors, including abnormal levels of cholesterol, insulin or glucose levels.

"Our study suggests a possible link between BPA exposure and childhood obesity. We therefore need more longitudinal studies to determine if there is a causal link between BPA and excess body fat." says Eng.

Manufacturers have been voluntarily recalling BPA products due to suspicion about the toxic effects on children and other vulnerable populations. Many countries, including Canada and members of the European Union, as well as several U.S. states, have banned BPA use in products frequently used by infants and young children.

In July 2012, the U.S. Food and Drug Administration announced that baby bottles and children's drinking cups could no longer contain BPA; however, this restriction does not apply to other BPA containing products.

"We were surprised that our study did not find an association between BPA and measures of cardiovascular and diabetes risk, which has been established among adults," says Joyce Lee, M.D., M.P.H, associate professor of Pediatrics at C.S. Mott Children's Hospital.

"Based on these results, BPA may not have adverse effects on cardiovascular and diabetes risk, but it's certainly possible that the adverse effects of BPA could compound over time, with health effects that only later manifest in adulthood," says Lee, an investigator in U-M's Child Health Evaluation and Research Unit and assistant professor of Environmental Health Sciences in the U-M School of Public Health.