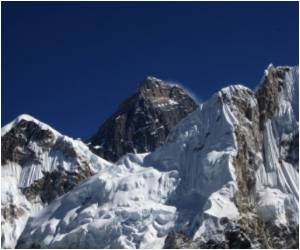 Designed for troops serving on glaciers in the Himalayan peaks, the non-flushing 'bio-digester' toilet built by India's top defence research body is now tendered to companies and poorer states.

It is one of 200 technologies produced by the Defence Research and Development Organisation (DRDO) identified as for sale via the Federation of Indian Chambers of Commerce and Industry (FICCI).

A special report on World Water Day, 2008. This year has been declared as the International year of Sanitation.
Advertisement

The national trade body and DRDO in October forged a four-year partnership to hawk dual-use military products as part of Premier Manmohan Singh's pledge in 2008 to offer defence technology spin-offs to the public, officials said.


The "bio-digester" is among 10 of the DRDO products put on the fast-track for sale to state governments and private companies, an Indian defence ministry official added.

A UN reports states that more than two billion people around the world still lack adequate sanitation.
Advertisement
"Our condition is to take any non-classified technology (that can be used) for the benefit of the common man," said Nirankar Saxena, Executive Director of FICCI's Centre for Technology Commercialisation, which heads the project.

The "bio-digester" toilet conceived by a DRDO unit in the city of Gwalior, works by mixing self-multiplying bacteria with human waste in specially-made tanks, resulting in the production of methane gas and water.

It was meant for Indian combat troops deployed on Siachen, a 6,300-metre-high (20,800-feet-high) glacier in disputed Kashmir where temperatures can fall up to to minus 50 degrees Celsius (minus 58 degrees Fahrenheit).

Experts say they believe some 5,000 soldiers are deployed on the frigid wasteland, where calm has prevailed since a 2003 ceasefire with rival Pakistan.

"Work on it began 15 years ago because excreta buried in snow by soldiers in the Siachen glacier polluted rivers when the ice melted," said scientist Vijay Veer of the Defence Research and Development Establishment, a DRDO unit.

The bacteria used in the mountain version of the toilet were originally found in Antarctica, but another cocktail can be used in the hot tropical plains where the need for toilets in India is most acute.

Other DRDO products include heat shields for trains and vehicles, windows that control light penetration, mosquito repellents and medical kits to tackle dengue and chikungunya, both insect-borne viruses.

They also plan to market a spray that guarantees to keep woollen clothes moth-free, affordable fire extinguishers and a body cream that keeps bed bugs away.

The DRDO also has high hopes for its "Heat Stabilised Narrow Fabrics and Cordages for Improved Elastic Recovery Property" which military boffins believe could be used in bras.

"The technology is a heat-stablised narrow fabric and the elastic in it is more robust than materials used in commercial brassieres," a DRDO official added.

A lowly latrine could be a far better solution in keeping sewage safely separate from drinking water for the developing world, say researchers.
Advertisement
<< Cyclone Makes Destitute of People Along Tamil Nadu Coast
Quiver in Tremor Patients Eased by Alcohol in Perfume >>

The Essence of Yoga A-Z Drug Brands in India Noscaphene (Noscapine) Accident and Trauma Care Find a Doctor Nutam (400mg) (Piracetam) Blood Donation - Recipients Iron Intake Calculator Selfie Addiction Calculator Sinopril (2mg) (Lacidipine)
This site uses cookies to deliver our services. By using our site, you acknowledge that you have read and understand our Cookie Policy, Privacy Policy, and our Terms of Use