Here's Why You Shouldn't Eat Food Dropped on the Floor 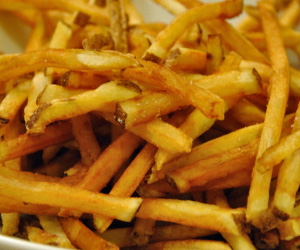 Most of the people have followed the 'five-second rule' after dropping something tasty on the ground. But, is it safe for consumption? It may not be so, says a new study.

Researchers at Rutgers University in New Brunswick, N.J put the five-second rule to test and found that contamination with bacteria can occur in less than one second.

A team from the University of Missouri, including two Indian origin engineers, have now developed a technique which may help detection of food contamination and help make it more rapid and accurate.
Advertisement
‘Foods with high moisture content that dropped on the floor had the highest bacterial contamination. Germs transfer more easily to wet or moist foods.’

"The five-second rule is a significant oversimplification of what actually happens when bacteria transfer from a surface to food," said study lead researcher Donald Schaffner, a professor and extension specialist in food science.

The researchers studied the food contamination by dropping different textures of foods such as watermelon, bread and gummy candy on different surfaces such as ceramic tile, stainless steel, wood and carpeting.

Scientists have suggested that extracts from natural sources such as green tea, grape seed and bacteriocins such as nisin could be alternatives for food processors instead of chemicals
Advertisement
The researchers contaminated each of these surfaces with a salmonella-like bacteria called Enterobacter aerogenes for various lengths of time. The surfaces were allowed to dry completely before each type of food was dropped.

The team evaluated the transfer of bacteria from the surface to food after letting it sit for less than a second, five seconds, 30 seconds, 300 seconds. Overall, the researchers assessed 128 different scenarios 20 times for a total of 2,560 measurements.

Longer exposure to dirty surfaces and moisture made the germs contaminate the food worse. The researchers found that contamination could occur in less than one second.

"Transfer of bacteria from surfaces to food appears to be affected most by moisture," said Schaffner.

"Bacteria don't have legs, they move with the moisture, and the wetter the food, the higher the risk of transfer. Also, longer food contact times usually result in the transfer of more bacteria from each surface to food," he said.

"The topography of the surface and food seem to play an important role in bacterial transfer," Schaffner said.

The study was published in Applied and Environmental Microbiology.

Noscaphene (Noscapine) Find a Hospital Sinopril (2mg) (Lacidipine) Post-Nasal Drip Diaphragmatic Hernia Accident and Trauma Care Find a Doctor Sanatogen Selfie Addiction Calculator Color Blindness Calculator
This site uses cookies to deliver our services. By using our site, you acknowledge that you have read and understand our Cookie Policy, Privacy Policy, and our Terms of Use