Here's How to Look Younger without Plastic Surgery 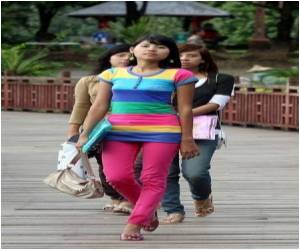 If you wish to look younger without going under the knife - surround yourself by older people, suggest psychologists of the Jena University (Germany).

Because when viewing a 30-year-old we estimate his age to be much younger if we have previously perceived faces of older people.

The team found that volunteer testers were systematically wrong at estimating other people's age after having adapted to the faces of people of a specific age group by intensely looking at them.


After studying younger faces the middle-aged test face was estimated as being substantially older.

Aging is natural and irreversible but it can be slowed down. Learn how to combat aging through simple means.
Advertisement
Another result of the study was that when adaptor face and test faces show people of the same sex the after-effects of age perception are even stronger.

"We are able to change the subjective perception of a face," said Schweinberger.

Holger Wiese added, "The age of the person next to you is one of the most important characteristics for our perception of other people. This leads to exciting crossovers into other areas of scientists who are dealing with the interactions of social groups."

The Jena psychologists have published their scientific findings in the scientific journal Vision Research.

A survey has found that first impressions have a profound influence on determining the future course of a relationship.
Advertisement
<< Lead Poisoning Puts 28 Children in Hospital in China
Weight Loss Success Tied to Dieting from 28 Years of Age >>