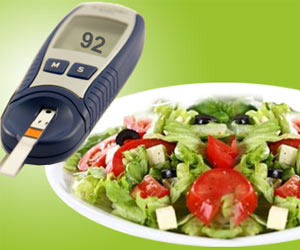 Diabetes control is governed by following the right diabetic diet, what to eat and what not to eat is important for diabetes control. Losing weight for a person suffering from diabetes can be a bit difficult, but a study says that eating a plant-based vegetarian diet can help you lose 6.20 kg of weight in six months.

The findings indicated that the vegetarian diet group lost nearly twice as much weight- 6.20 kg, compared to those following the traditional diabetes diet, with an average weight loss of 3.19 Kgs, despite consuming equal amounts of energy. A group of 74 adults with type 2 diabetes, split nearly equal among men and women, adopted a 500-calorie reduced diet for six months.

Half adopted a vegetarian diet and half adopted a conventional diabetes diet. The vegetarian group reduced subfascial fat, the type of fat that lines our muscles, and intramuscular fat, fat that is stored in the muscles, at a higher rate than those who followed the conventional diabetes diet. Both groups reduced subcutaneous fat, the type of fat that is stored under the skin, equally. The team analysed the composition of study participants' thighs at baseline, at three months and six months into the study by using magnetic resonance imaging.


‘Good fats such as Omega-3 and monounsaturated fats should be consumed as they are good for the body. Natural sources for these are canola oil, flax seed oil, fatty fish and nuts. These are also low in cholesterol and are trans fat free.’


They results suggested that changes in subcutaneous and subfascial fat correlated with changes in HbA1c, fasting plasma glucose, and ß-cell insulin sensitivity, markers of blood sugar metabolism and control. Lead study author Hana Kahleova said that losing muscle fat increases insulin sensitivity. A sample plant-based meal plan might include cooked millet with plums and almonds for breakfast; lentil soup with carrots and cabbage for lunch; brown rice with marinated tofu and bean sprouts for dinner; and vegetables, fruits, and carrot sticks with hummus for snacks.

Back Pain, Diabetes, Heart Disease May Increase Risk of Suicide
Suicide is a tragic event with strong emotional repurcussions for its survivors and for families of its victims.
READ MORE

Receiving Health-Related Text Messages may Help Manage Diabetes
If you wish to know how to control your diabetes, then experts has revealed that patients, who received health-related text messages every day showed improvements.
READ MORE

Low-Dose Aspirin Reduces Risk of Breast Cancer in Women With Diabetes
The same low-dose aspirin that many of these women take to prevent cardiovascular disease may also help reduce their risk of breast cancer.
READ MORE 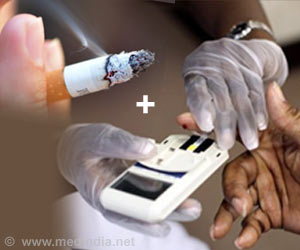 Diabetes Risk Linked With Binge Drinking in Women
Binge drinking in teens, may raise a woman's chance of type 2 diabetes. People often don't recognize binge drinking as problem because it's not a daily thing.
READ MORE